I found out about this game through my daughter’s boyfriend, so I Googled it and took a look at some of the trailers of the game. When I saw the trailers, the graphics, the action, I was TOTALLY blown away, so I downloaded it. I was excitedly unable to believe a game like this was free to play. I watched even more trailers as I waited, getting more and more excited!


After seeing them, I couldn’t wait. I was almost drooling with anticipation to create one of those majestic characters that I had seen  (I loved the Neko), but instead of the game I was looking forward to, (sighs) I got this….  http://www.twitch.tv/nydia_tungsten/c/5192980 (may take a few minutes to load for some). 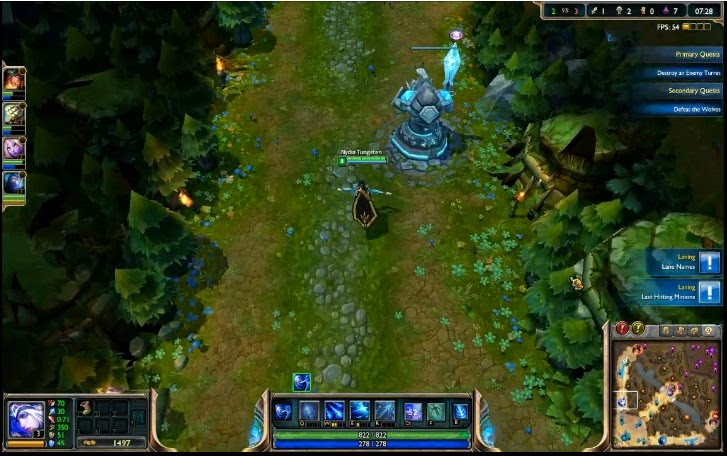 Now, I am not saying it is a bad game, (even though the tutorial leads you by the hand and speaks to you like one would to a toddler away from it’s mother for the first time) it is probably a great game for those that like the 3-D side scroller type of game. But, I am not one of those, and after seeing the trailers and getting this, I feel like RIOT games LIED to me…..offered me candy then shoved castor oil into my mouth ( I am being nice here, Bix ). To say I was disappointed would be like referring to Jaws as a guppy.

Now, I try to keep my personal opinions to a minimum as I review any game, I truly try and give it a fair chance no matter the genre, but after the blatant misdirection of RIOT with their trailers, I cannot in all honesty give this game a fair review. As I am writing this, I am going so far as to uninstall it and vowing to never touch it again and SERIOUSLY even giving thought to not try anything from RIOT again, ever! I absolutely HATE bait and switch and I feel that is what they are trying to pull with this game. If you like the 3-D side scroller’s, you may thoroughly enjoy this game, but with this bitter taste in my mouth, I cannot, nor will I ever play it again. But, I will recommend you try it for yourself but don’t believe the trailers.

Normally, I would either give the game a thumbs up or down at this point, but I won’t. Instead, I will give the game makers a “Finger up” and recommend they straighten up and fly right.

So until next time, GOOD GAMING TO YOU!

Microsoft in Negotiations to Buy Minecraft 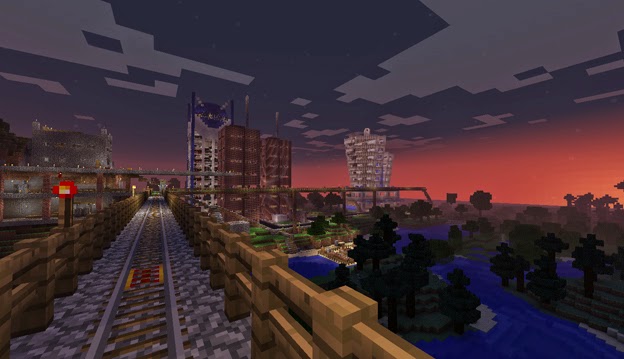 Four years since it appeared on the computer scene, "Minecraft" is likely to change hands from the small independant company Mojang to the corporate giant Microsoft. Reports from Bloomberg.com and other sources state that Microsoft is prepared to spend as much as 2 billion dollars to buy the game. The sources have asked not to be named, and stated the deal could be concluded this week. Microsoft and Mojang, the company behind Minecraft, have declined comment.

If true, this would be the first multi-million dollar deal made by Microsoft's current CEO. But they would also be getting an icon of the computer gaming industry, one that has gone from beyond the computer screen to popular culture. More than 54 million people have bought copies of the game, from sign-ups on the Mojang website to versions of the game on sale for the Playstation 4 and Microsoft's X-Box. It has become the third best selling game of all time. But it's not just the games people have been buying. Fans have been putting down money to buy Minecraft-inspired jackets, hoodies, hats, bedsheets and pillows, even plush dolls (insert huggable creeper plushie), in addition to Minecraft-themed Lego brick toys. One can see why the company created by Bill Gates is willing to spend $37 per user. 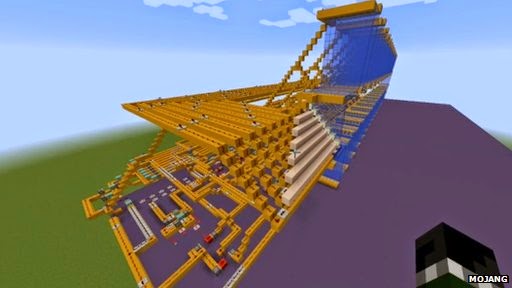 And what goes on in Minecraft does not necessarily stay in Minecraft. Because of it's ability to be an outlet for creativity, some players have made some elaborate builds. Recently a Cody Littley built a one kilobite hard drive in the game that actually works.


That Minecraft's creator Markus Perrson would be willing to sell to Microsoft might be news to some people. In the past, he has been critical of the large computer corporation, saying of Microsoft about it's criticized Windows 8 computer operating system, "stop trying to ruin the PC ... I'd rather have Minecraft not run on Win 8 at all than to play along." But as time went on, his relationship with the company improved.

So how would being bought up by Microsoft affect Mojang? The company has kept up it's "Indie spirit, not collecting data on it's users and encouraging employees to interact with fans online." With Microsoft having a "much more controlled PR presence ... It would certainly be a test of a culture clash to mix the two." 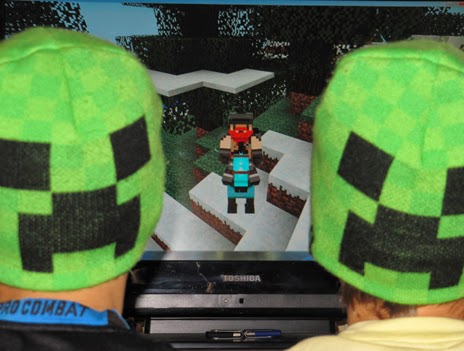 And of course, how would the buyout affect the game, "There have been cases in the past of big corporations taking someone else's game and turning it into a huge money-flip just to see what they can make out of it. Gamers will naturally be worried about this." Minecraft became a hit not through an ad campaign, but by masses of players who loved the game, spreading it through word of mouth on youtube channels and computer buliten boards.

So would Microsoft suddenly start doing things like offering starter packs of resources to players for a little cash? *Probably* not as the company most likely realizes fans would be very wary of any attempts to tinker with the game for the sake of getting money. So perhaps the company would avoid messing with the dynamics of the game, but "continuing to keep the game as broad and accessible as possible," not pulling it from Playstation, and raising more revenue through licensing of the brand by partnering with media companies for cartoon shows, and of course more Minecraft-related products.

It's also probable that Mojang would continue to develop the game on it's own, being free to work on ideas to continue to improve it, "essentially a Microsoft-funded skunkworks labratory of small and wild game ideas." It's possible part of the company could be split off into "an indie publishing group" with "the money and means to find and fund indie game projects free from corporate bureaucracy and red tape."

But over time, a number of small companies, such as TheHive, HyPixel, have sprung up making money through for-profit servers and other means without any of it going back to the company. It would be a challenge for Microsoft to  work with this "accepted and important part of the Minecraft ecosystem," but it isn't unreasonable to expect the megacorporation to work out a way for them to keep on going as before in exchange for a share of the profits. 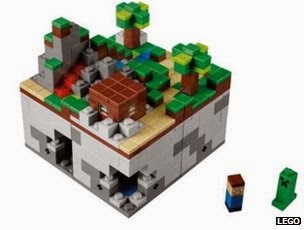 But as gamers from places such as Second Life have found, such best-case scenerios do not always come to pass, and instead you have companies making short-term moves on raking in the money. Mojang's current business model is basically the gamer spending $27 on Minecraft once, and then the company never makes a dime off them again. So there is the possibility of perks introduced into the game for small fees, even as Minecraft fanatics howl that the spirit of the game is being ruined. The Mojang team that developed the game could end up leaving when their contracts are up, and further development is done by one of Microsoft's internal teams, eventually making it feel not quite the same to it's fans.

Microsoft could also start pulling the game from rival platforms. No longer would the game be available on Playstation, Android, or Apple. Modifications to the game such as the popular "Feed the Beast" could also vanish as Microsoft demands that Minecraft be played only on it's own servers. Finally, there are the gamers building things such as "Star Wars" Star Destroyers, "My Little Pony" characters, and  more. It's possible Microsoft's legal team would be too skitish of lawsuits by other corporations, and start cracking down.

But as writer Justin Davis of ign.com put it, neither a best case scenerio or a worst case one is likely to be enacted in it's entirety, "the truth is that there is no way Microsoft spends billions to acquire a single game without an expectation and plan for making more money from that game. But if handled with plenty of care, paitence, and thoughtfulness, this added emphasis on money doesn't need to ruin Minecraft's open nature or it's continued indie appeal."

It's possible that the deal might be called off. After all Minecraft is still making a lot of money, and Persson has bickered with Microsoft in the past. So for now it's fans watch and wait, hoping that the creeper outside their door in the game is the only thing they have to worry about.