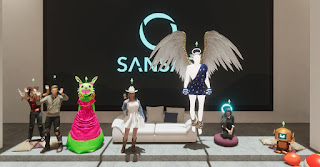 The Newser hasn't written much about Sansar, the "next generation virtual world" since Linden Lab sold it to Wookey in March. For most Second Life users, only a handful such as Draxtor Despres expressed enthusiasm about it. So most reactions of it's sale were along the lines of "good riddance" and "why did it tale so long?" While many of it's personnel stayed with Linden Lab and went back to Second Life, some such as Torley Linden stayed and left the Lab. Torley is still with Sansar as it's Production Director. Another former Linden, Sheri Bryant, also stayed, continuing as it's General Manager.

Under Linden Lab, the original concept of Sansar appeared to be as Second Life's successor. But as it's development went on, the Lab began to realize most of it's residents would be reluctant to do more than casual visits. But it went on and to it's credit stuck with Sansar for some years, but didn't seem to have much of a plan other than "if you build it, they will come," and not many came. Exactly what Linden Lab could have done to make it work, and why it didn't do more has been debated numerous times. Perhaps it was simply beyond the Lab's ability to make Sansar thrive while operating Second Life. 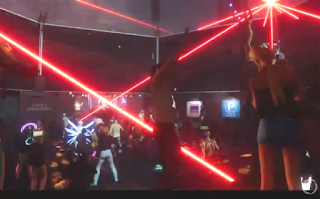 So how has Sansar been doing under Wookey? According to an article in New World Notes, lately it's been looking less like an open-ended virtual world where users can create their own experiences and more of a "virtual venue platform" for live events.

It's a smart move to target the live music/concert market in the COVID age. And I do like a lot of the functionality they are showing off in the video, especially avatar-to-avatar VR meet-and-greets for artists.

Going to the website, https://www.sansar.com/ , there's a clear emphasis on live events, right down to the title: "Sansar - A New Live Events Destination." There's nothing on the front page about being able to make your own content or create your own place, just a link to the old atlas of user-generated places on the bottom.

This isn't necessarily a better approach as if a person has time to hang around once the event is over, unlike Second Life where someone with even a small amount of experience knows they can explore around. But it seems Wookey's Sansar has come to the conclusion this is their best course of action to get users, and money. 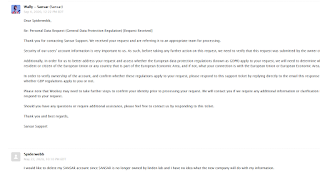 However, there is one customer service problem that former Newser writer Cyfir informed me about. From his point of view, it's "almost impossible" for Sansar users to erase their accounts, "I requested to be removed back in may out of concerns that the new company would not handle my personal information in the right way. And four months later, I get an email, which just happened to be during my three day vacation, requesting information and proof that I am part of the European Union (Cyfir is in the US) ... and they gave me three days to reply before closing the request."

And as Cyfir wasn't in a position to check his email until after his vacation, the company sent him another email saying "as we have not heard back from you, our support system has automatically marked your ticket as resolved." As Cyfir put it, "So if I still want to close my account, I would have to send another request, wait another four months, and all the while they still have my personal information and my account is still active on a platform I don't want to be on."

Coming across this thread in the Sansar "Bug Reports" forum, there were others whom found themselves in similar positions, including when the world was owned by Linden Lab. While some tried to assure them it shouldn't be much trouble, the response was that deleting accounts was a lot more difficult than it ought to be, "I've not bothered to repeat the request because every answer has made it clear no one is interested in helping.  Not wanting an account here is not a protest,  its simply a matter or personal privacy-  which in this case is being handled poorly to say the least.  being able to delete an account should be a very basic function of the system.  what reason could there be to not allow it? Maybe to hold onto personal data that the person does not wish them to have- like name and e-mail." It seems those whom have yet to visit Sansar and are considering giving it a look may need to keep this in mind.

So under Wooley, Sansar has found itself a new direction with a few of Linden Lab's talent keeping it going, such as Torley. But it appears not unlike the "Hotel California," those trying to check out may find they can't truly leave.