"No Man's Sky" Game Under Investigation By UK For Deceptive Advertising

Hello Games, the people behind "No Man's Sky," is in trouble. Most computer and console owners have been disappointed by games they bought that they feel didn't live up to the anticipation. But in the case of this particular game, so many have expressed disappointment that it's being investigated by an advertising regulation agency. 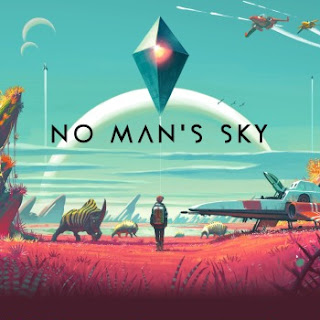 "No Man's Sky" by Hello Games was one of the most anticipated computer games of the summer, promising an unbelievable huge universe to explore, "epic space battles," challenging planetary survival conditions, and more.

That the game was boasting 18 quintillion planets (that's an "18" with eighteen zeroes after it, compared to a million which has six) did get some wondering if perhaps the makers were exaggerating things a little. But with the hype and videos having wetted the appetites of gamers, when it was finally released, thousands of computer and console owners bought the game. At one point, "Steam" recorded over 200 thousand people playing the game on their PCs at once, and was the top selling Playstation 4 game in August.

To make a long story short, most everyone found the game a disappointment. There were numerous bugs in the initial release, as well as advertised features that simply weren't there, "There are things missing that I didn't even know were missing." One person who did like the game admitted, "It took me about 12 hours to realize that No Man’s Sky is basically an intergalactic mining simulator. ... there isn't much to do ... other than to gaze at the humbling wonders of the universe, and ponder your absolute insignificance in the cosmic scale of things." Even the President of Sony, Shuhei Yoshida, which distributed the game for Playstation, felt Hello Games had promised more than it delivered.

Word got around that the game was underwhelming, and people either demanded and got refunds or simply quit playing. By September 21, Steam was detecting that the number of people playing at once had dropped to under a thousand, less than half a percent of it's peak in just a few weeks.

If bad publicity wasn't enough for Hello Games to worry about, the complaints got the attention of the Advertising Standards Authority in the United Kingdom, an "independent regulator of advertising across all media." While the ASA can't enforce regulations and laws, "it does have the power to have advertisements which breach its code of advertising practice removed," with the threat of sanctions if such ads are not taken down.

For Hello Games however, the damage may already be done. As the maker of such a high profile flop, it may find further games difficult to market. For consumers, it may mean better games in the future as this may serve as a cautionary tale for developers to not make claims that their products can't live up to.


By Wesley Regenbogen
Introduction
Back in 2001 an operation known as “Dark Winter” was launched as a real world exercise that tested emergency response to a bioterror attack on the United States of America. In this exercise they tested how long it would take emergency workers to respond to a possible bioterror attack.
“Breakdown” video : https://youtu.be/KT_05h3EQ98?list=PLX0Z_sgk0voU8D_79G2T9L3Q1Q1zjrpa3 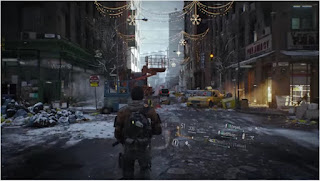 The game “Tom Clancy’s : The Division” ( from now on we will refer to it as “The Division” ) is a third person shooter set in the present New York. Terrorists have released a pandemic-causing virus on the dollar bills on Black Friday and soon afterwards smallpox virus is infecting the people. Many people died from the virus and Central Park in New York has become a mass burial place. The government can’t handle the situation when groups of scavengers take over the streets.
When everything else fails, there’s a group of highly trained civilians called “The Strategic Homeland Division" (SHD)”, also referred to as “The Division.” These agents are only called upon when everything else has failed. Which is the case in the game.
After a short intro cinematic ( embedded below ), the player is directly thrown into the game itself. When the player closes a door of a car nearby, the player is able to customize his character in the game and after that is done, the game starts.
First, the player needs to do a tutorial and a few missions. When the player arrives in Manhattan, this is where the game really starts.
Opening Cinematic video :
<iframe width="560" height="315" src="https://www.youtube.com/embed/8lSNNyHzmc4" frameborder="0" allowfullscreen></iframe>
(click here if the video fails to play)

In Search of Green Poison to fight the Green flu
Green Poison was the substance responsible for the virus outbreak in New York. People got what they call the “Green Flu.” The player needs to find the source of the outbreak and then a vaccine can be created to cure the smallpox virus. Division agents are now on the streets and they are trying to get the situation under control. Question remains … Will they succeed in their goal and find the source of the virus ?
The Division Agents 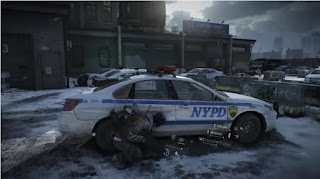 Agents of The Division are a classified unity of highly trained, self-supported tactical agents. Their main objective is to restore the order in New York city and ensure that the government can continue their work and stabilize the situation at hand. Division agents are called upon when everything else has failed. They are “activated,” once the President of the U.S. signs Directive 51, which itself is activated when disaster strikes and the situation is serious.

The “Dark Zone” is the zone on the map where the virus has hit the hardest and a virus shield is needed to enter this area. Players can either choose to group together and work together or they can choose to be a solo gamer and kill other players. When a player kills another player in the Dark Zone, he/she is considered as a “Rogue Agent”.

Enemies in the game ( more info, watch the Enemies Factions video listed below )
Rioters are a group of common thug and criminals that just want to rob and kill others for the sake of survival or just for enjoyment.
The Rikers are escaped convicts from Rikers Island. They come from different gangs. Their motto is “power by numbers.”
The Cleaners are former sanitation workers (garbage men, janitors, custodians, ect … ). They believe that the virus can be destroyed by fire, so they burn everything down. Unfortunately, this includes civilians, and you.
Also known as LMB, these group of enemies are member of a private military company. They want to create a new world order by force.

Gameplay aspects of the game
When you select a mission, you need to follow the GPS orange line towards your destination. Beware that during your walk or run towards your mission, you can encounter scavengers and crooks that want to shoot at you. You will need to kill them first, before you move on towards your mission. Hint : Keep an eye on your mini-map! This will make you aware of enemy presence with your area where you are in.
On your backpack you will see how many items you have currently in your inventory and also will see which abilities that you have enabled. When you get hit, you will not see a health bar or something else, but you will see that your screen gets red, this indicates that you are hit and need to seek cover to avoid getting killed in action. Your health will regenerate when you have found coverage behind something.
When your enemies throw a smoke bomb or a fire bomb towards you, you will see a red area where it will hit, if you are in this area, get out of it asap. With some weaponry that you have, you can get a over-shoulder view when aiming at the enemies. This is not with every weapon, but with only a few. A so-called “sticky bomb” is a bomb that you throw on enemies and can explode, this certainly attracts their attention and you can shoot down your enemies after it. 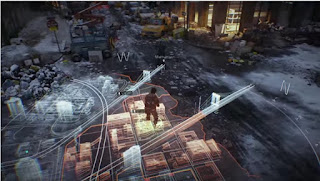 Another cool thing is the map. When you open the map, your character is standing “in” the map as it is a holographical map.

Looting
When you kill an enemy, you are able to loot their weapons, clothing and anything else that they might be carrying with them. In the “Dark Zone” this loot will be something with more value. In the normal game it just is a “reward” that you get for killing the enemy.

Personal opinion about Tom Clancy’s : The Division
If you are looking for a shooter game that involves realism and very high detailed graphics, then THIS is the game you are looking for. The very high graphics and realism makes this game as realistic as it gets. There might be a few glitches and crashes, but overall this game has elevated my expectations and clearly the developers of the game, Ubisoft, have succeeded in making this a top game.
You can play this game on your own, but when you look for other players, you can play it in co-op and you can complete missions together. The gameplay of the game is fluent and you can get to cover everywhere in the game, so that enemies have lesser chance of hitting you.
The “Dark Zone” I haven’t reached yet, but eventually I will get to that as I progress in the game.
This is definitely a game that you need to buy, if you haven’t bought it yet, get to your local game store and get it !

Wesley Regenbogen
Posted by Bixyl Shuftan at 6:00 AM No comments: