Tales From Gaming : "L Is Real"

When I was growing up, we didn’t have the Internet. We spent much of our free time either outside or playing video games. For those who leaned more toward playing video games, there was probably no better time for the launch of the Nintendo 64. I spent hours in games like Super Mario 64 exploring every nook and cranny and trying to unlock everything that I could. When I finally did unlock everything, I set my sights to rumors that I heard about other unlockables in the game. One was that if you wall jumped just right outside in the corner of the castle, you could make it up to the roof without the need for unlocking the cannon. Failing that, I turned my sights to another rumor about Luigi being in the game. Apparently, in the back courtyard of the castle, there was a sign that seemed like it read “L is Real 2401” and many believed that this was proof that Luigi was somehow unlockable in the game. 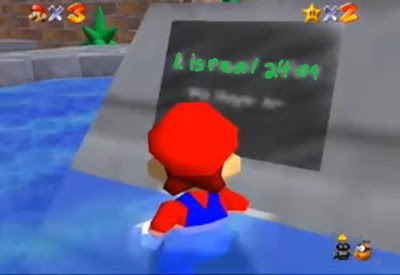 In reality, this sign texture was just some random blurry texture asset that they even used in "The Legend of Zelda: Ocarina of Time," and these rumors were just the result of bored youth trying to find anything to do with their time that they could. However, twenty four years later, it turns out that they were at least partially right about the Luigi rumor.

Thanks to a recent massive leak of assets from Nintendo, it was discovered that Luigi was indeed in the source code of the game. This was due to the fact that there were original plans for the game to be two player. But that was scrapped in development due to them not being able to decide how to do it and the technical abilities of the system at the time. Of course, he had not been compiled into the actual game, so there was no way to actually unlock him by playing the game normally. But hackers got to work on retrieving the polygon and texture assets from the character model.

And here he is. 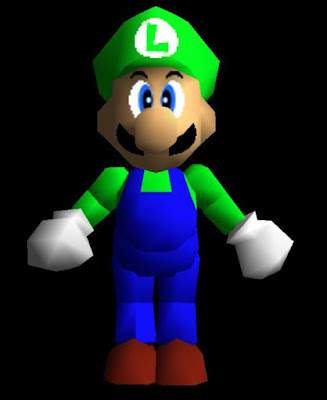 L is real after all.

The Importance of Digital Media

In my last article, I covered the importance of preserving physical media for future generations. If we got rid of all physical media in favor of going “all digital,” it could severely limit our ability to preserve works of art in the future. That being said, there are many advantages of digital media that do need to be covered in the interest of fairness. 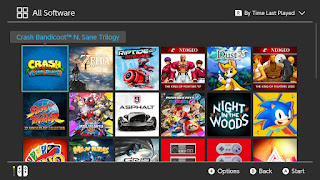 One big advantage that digital media has over physical media is that you can often get it quicker. Instead of having to wait for it to show up in the mail or having to drive to the local store, all you have to do is purchase digital media with your credit or debit card online and download or stream it. With a pandemic going on, this obviously means that there is less risk to you or the person who has to deliver it to your house.

Obviously, being able to just download or stream media is more convenient. We live in a convenience society. We want things now, not later. We’re busy. Shaving off time anywhere we can is important to us. It’s more convenient to just start up your video game system and select the game you want to play from the menu rather than looking for the game on your shelf, opening the case, inserting the game, and waiting for it to load. Hell, we even eliminated the step of getting up to turn on your console. Most consoles today are able to be turned on with the included controller.

You would think that the environmental impact of digital media would be less than physical media. You don’t have to use environmental resources to manufacture digital content. You don’t have to load it on a truck, boat, and plane and burn a bunch of fossil fuels to get it to your local store or your house. However, the servers that digital media are stored on run on electricity. These servers have to be up and running day and night. The environmental impact that these servers have or totally dependent on where the companies running the servers get their electricity from. Many server farms run on renewable energy. Google in particular took many initiatives to get their electricity from renewable sources.

Digital media has many advantages, just like it has many disadvantages. I do not believe that digital media should ever fully replace physical media. It’s an option, though, and options are good.

Why Physical Media Is Still Important 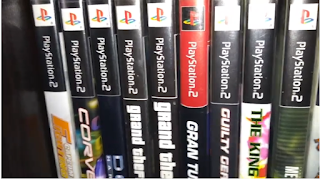 In this day and age, physical media is becoming a dying medium. Most media has gone mostly digital. When you think of getting the latest album from your favorite band, getting the latest PC game, or buying a new movie, there’s a huge chance that you don’t think about heading to your local mall anymore. Instead, you likely think about downloading a new song on a service like iTunes, downloading a new game on Steam, or streaming a movie on a service like Netflix or Vudu. One of the last vestiges of physical media has been console games. Every major home video game console save for one has shipped with a disc drive or cartridge or card (etc.) slot up until this point. The Xbox One S All Digital Edition was the first major video game console derivative to skip physical media. This holiday season, the PlayStation 5 will release along with it’s all digital counterpart. Many are predicting that this will be the last console generation with physical media, and with at least one major video game company reporting that 80% of their sales are now digital, I don’t doubt it. 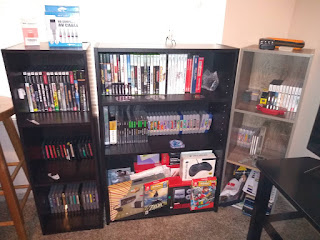 With all that said, I still believe that physical media is still very important, and that’s because we’ve already seen the downfalls of going “all digital.” For one, what do you think happens once the service that you downloaded your media from goes away and you no longer have the hardware you downloaded it on? That’s right. It’s gone. You never owned a copy of it and you’ll never have access to it again unless you buy it again on another platform. If you don’t think that this happens, dust off your old Nintendo Wii and try to buy a game from the eShop. You can’t because it’s no longer there. If your internal memory on the Wii fails, all those games you spent money on downloading over the course of the console’s life cycle are now gone. For some, this may not be a big deal, but some games are only released on the online shops. For video game preservationists, this is a nightmare. There have been many instances of where an unreleased or rare game has been discovered in someone’s attic and preserved online for others to enjoy. Unfortunately, if everything were to go digital, this just wouldn’t be possible in the future. 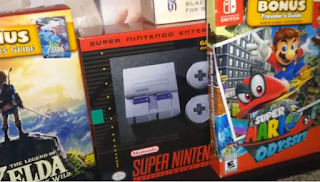 While digital delivery has a place in preservation, there needs to be a physical copy found to preserve. While I’ve mainly focused on video games here, these same arguments can be applied to any form of media. We have backed up recordings of old VHS tapes on YouTube for anyone to find and enjoy. Some of these VHS tapes are rare and would not be accessible by the general public otherwise. The problem is that media companies, in many cases, are not concerned with preserving their own history. They are more concerned with making money because they are a business. The artists creating these works usually have no control over what happens to them because they work for the companies.

If all media were to go digital, there would be many things that would be lost to time forever. Imagine losing the works of Beethoven to time because no one had a physical copy of his written notes and the servers that they were stored on were taken offline and erased forever. While digital media definitely has its advantages, physical media shouldn’t be forgotten or abandoned. I’ve downloaded plenty of games to my steam library and on my Nintendo Switch, but when it comes to games that I really care about, I’m going to get it physically and display it proudly on my shelf. If there’s an album from a band that I really care about, I’m getting a physical CD and enjoying that new CD smell for as long as I can. Physical media cannot be completely replaced. When the PlayStation 5 comes out, I’m getting the one with the disc drive.