Playstation 5 vs XBox Series X : Which is Better?

As with any major console launch reveal, there are competitors in the market. This coming console generation is no different. This is a good thing because competition makes for more innovation and better products for the consumer. However, only one console will inevitably be the clear winner for gaming fans. So the issue becomes which new console should you sink your hard earned money into or should you spend any money on either? Below, I will bring up the pros and cons of each system thus far. We are still waiting on a huge Xbox event sometime this coming month, but at this moment chips have been thrown on the table. It’s time to compare. 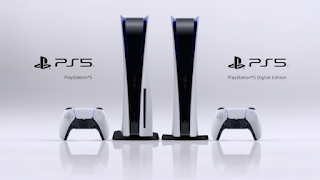 Even though Microsoft showed their hardware first. In my opinion, Sony came out of the gate swinging and hit a home run. Their streamed event did a lot to hype their new machine and software but it’s the fact that they waited, picked their time, built anticipation, and dropped a massive bomb shell that made everything click. For just a few moments, I forgot about all the bad things that have been going on in the world recently. One thing that Sony seemed to have this past generation was platform locked exclusives, and from what they showed, they’ll have plenty of those this time around. Like Microsoft, they took a very unconventional take on the look of their new console. This is due to the fact that these systems are much more powerful than previous generations, and thus will produce more heat. A flat rectangle under your TV isn’t going to cut it anymore. These systems are as powerful as a decent PC gaming rig. That said, when it comes to style, I have to give the nod to Sony. The system is much taller (or wider if put on it’s side) than Microsoft’s new system, but you can really tell that they hired a designer. I even joked on Facebook that I was getting a PS5 as a decorative piece for my living room. In contrast, in my opinion, Microsoft’s new machine is a boring flat looking tower. I also think that the accessories that were revealed for the PS5 fit into the whole aesthetic and ecosystem very well. They put a lot of thought into that and it shows. Style isn’t going to win a hardware race, but it’s nice when a system makes you gawk in awe. That said, the hardware itself seems to be a little weaker than the Series X, but Sony has promised a proprietary lightning fast Solid State Storage drive that will practically eliminate loading times and allow for much more open and massive worlds. 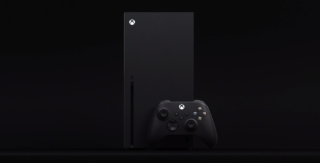 When Microsoft unveiled their new console at the 2019 game awards, it caught everyone by surprise. A few months later, they randomly revealed the inside of the console on YouTube through Austin Evan’s channel. The hardware itself is impressively engineered. Microsoft took a tower PC design approach and everything is cooled by one massive fan and a series of heat syncs. I do like that they were actually more than willing to show the internals of the console. I’m a hardware nerd and such things excite me. Microsoft also seems to have their own proprietary Solid State Drive for the Series X but rumors are that it’s slower than Sony’s offering. Otherwise, the Series X has more horsepower under the hood. This isn’t everything when it comes to game consoles. The original PlayStation was much less powerful than say the Nintendo 64 but it outsold everything during that generation. However, extra horsepower is nice. It’s certainly a big deal for the Xbox One X this generation as it can make multi-platform titles look much better than their PlayStation 4 counterparts. One thing that I am disappointed with from what I’ve seen about the Xbox Series X is the games. Aside from Halo Infinite, what they’ve talked about so far I’ve been able to find on the Steam storefront as coming soon. However, this could very well change in the coming weeks. Microsoft has taken a very different approach to Sony in that they don’t tend to care which product of theirs you’re using to play your games, whether it be Xbox, Xcloud, a toaster, as long as you’re making transactions. They are very service oriented. I get it. Why win a console race if you don’t have to? But honestly what is the reason so far for me to own another box that plays the same games? Please let me know in the coming weeks, Microsoft. So far, I’m leaning towards PlayStation 5.

While I may be leaning to Sony’s camp, that doesn’t mean that I’ve chosen a clear winner yet. The winner of every console generation will have the best software and higher user base that will have developers flocking to the platform to cash in. So far, with their exclusive titles and massive fan appeal, Sony is still winning this round, but that could all change with one reveal or one slipup. We still don’t even know the prices of these two machines yet. Microsoft is also rumored to reveal yet another console codenamed Project Lockheart that is rumored to be less powerful but play the same games at a much cheaper price. This could undercut Sony dramatically and entice gamers who may want performance at 1080p over 4K flashy graphics. We still have plenty of time to maul it over. One thing is for sure. The excitement of a new console generation is underway.

Posted by Bixyl Shuftan at 11:55 PM No comments: