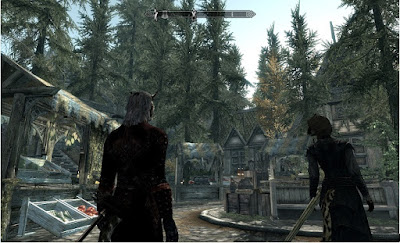 I am not going to go into a lot of detail of the storyline because that is fantastic on its own, but instead, talk about the possibilities. 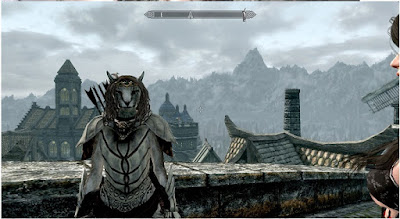 Skyrim came out eight years ago, and it took off like most new games do. I didn't get it right away, but not too much later, I fell in love with it. Most games when new, build a big following and a few years later, they fade into history like Pogs. But Skyrim GREW. On year five, it was still growing, not all by new players, but by current players that have beat the game and all side quest and all the endings...etc etc. And then there are the mods. 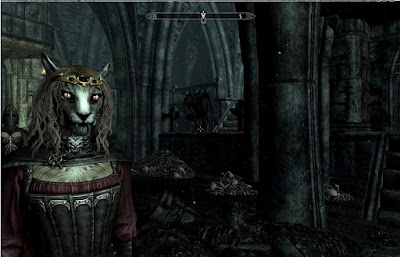 Mods for Skyrim exploded onto the scene and the game grew years after it's release. There are LITERALLY thousands of mods. For everything from new race mods and realism mods to down right silly mods made just for the laughs, and there can be a lot of laughs when every dragon is turned into Thomas the Tank Engine. You can have more than one companion with you with some of them, I currently have sixteen running with me, and all but two are Khajiit, (A.K.A. Cat race) and I have fun listening to them talk. 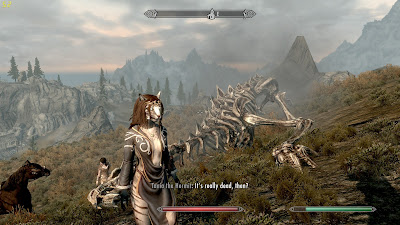 I have player homes, player businesses, and I also have one that modifies outfits. I have over eighty-eight mods in my game, a lot of those are realism mods. And, the thousands of mods I was talking about... don't include all the...sexual mods those alone... make up a good chunk of what you can get it you want them. So depending on the mods you get, Skyrim can become a whole new game with new challenges to over come and new twists on the story line, and once you beat it again, you can change out the mods again for a whole new experience. 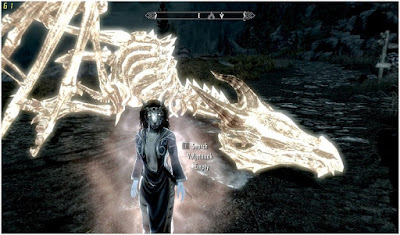 Okay okay okay... I can hear a lot of you saying, "I don't have the money to keep throwing at mods for just one game!" Fear not monetarily challenged gamers, I have the answer for you, because 99.9% of all the mods you can find for this game are FREE! That's right, I too am among the monetarily challenged  and in no way shape or form could I afford to keep up with all the mods I have thrown in and out of my game.

BUT... IF you have never played the game before and are new to the experience, I HIGHLY recommend doing your first play though with NO mods at all so you can truly experience and appreciate what the mods can do, for me, like with "White Run" has large tall trees everywhere, and not as barren.
Some of you may not be able to play with a lot of mods installed so one or two will be just fine. And if your system can't do that, no biggie, it is STILL one of the best games I have ever played and continue to enjoy years later.  So if you have the game, MOD it, it you don't have the game, get it, and either way, ENJOY IT!

I hope I was able to help your experience in some little way, if you have a favorite mod, list it below for others to try and enjoy.

And remember, games are to be fun SO ENJOY Ans I will see YOU in the grid!