If you look at the games of the past you will find very little in the way of anthropomorphic influence anywhere other than cartoons of the late 60's early 70's. But then it faded just a bit, then exploded, but again it was mostly confined to childrens' cartoons, you would have the rare commercial, but even there it picked up. 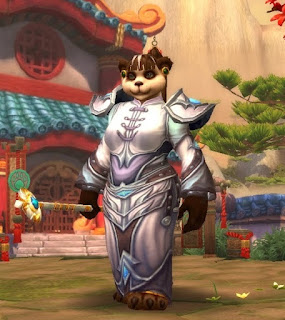 But in the last 15 years of gaming you can see the influence grow, I think the first mainstream MMO to introduce a character would be “World of Warcraft”with the “Dranei” also refered to a “Space Goat” by more than a few. Then they introduced the “Worgen” which were “furrier” anthros and drew some complaints about the lack of tails. They have a very angry werewolf appearance and a great back story. Then WOW added the cutesy “Pandariens” the panda race with the strong Asian influence.

Each time they released one of these you could hear the anti furry rhetoric screamed from the rooftops! But.... the fanbase for them were there, and NOT just the furry fandom.

Then came more and more Fur based games “Amerillo” “Nekopara” “Elderscrolls Skyrim” just to name a few, and then we get into the mods available. Skyrim, one of the most popular single player games ever made, has the Khajeet right out of the gate. But with the right mods you can be a deer, a fox, a wolf, even a rabbit. 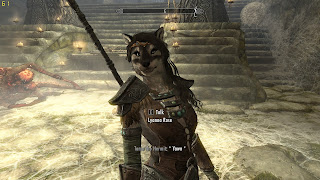 But not just Skyrim can be modded , “Left 4 Dead 2” “Minecraft” Even the game “Ark Survival Evolved” offered you a mod to be something OTHER than human. There are many many more game that are full Anthropomorphic or have partial anthro capabilities and of those that don't have available mods to suit your taste, there are more and more getting those abilities.

And let's not forget “Second Life.” I myself belong to one of the largest furry communities, and the choice of avatars is staggering, and yes, each one has mods available. So people choice is almost limitless.

So keep an eye on future games, and see which ones you think may have got some inspiration from the furry fandom. If you know of more games not mentioned here please feel free to mention them in the comments for others to find and maybe enjoy, either way, Have fun with what ever you play and remember “I's only a game and meant to be fun so...