World of Warcraft: Quest For Vulpera 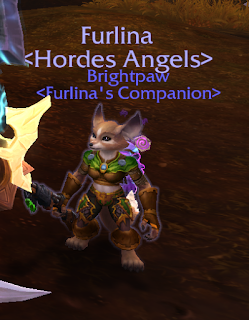 Some of my Second Life friends have been going at Warcraft lately. The objective: to go about the game as a foxy character: one of the Vulpera.

Clever and resourceful, the vulpera have survived amidst the harsh desert of Vol'dun for generations. Traveling in close-knit caravans, they watch out for each other as they scavenge supplies from across the dunes. Despite their small stature, they are fierce and cunning in battle, bringing down any enemy foolish enough to underestimate them. Now full-fledged members of the Horde, their wagons have left the sands in search of adventure.

The Vulpera are not a regular race that one can simply play from the start, but an "Allied Race." This means one has to unlock certain achievements to be able to play one. For the Vulpera, this means as a Horde character, doing several things. (1) Go to the continent of Zandalar to the desert of Vol'dun (which you'll be doing anyway as part of a couple quests), complete enough storylines to get the achievement "Secret in the Sands." (2) Unlocking World Quests by getting the three footholds in Kul Tiras in the Horde's War Campaign , reaching "Freindly" with all three major factions on Zandalar, and hitting Level 120 (this will change sometime in the future). (3) Do enough quests, to reach Exalted status with the Voldunai faction.

So many of my gaming friends, including some whom had been playing mostly Alliance Worgen, have been trying to get a Vulpera. This included some starting up a new Horde guild. Yours truly went ahead and started up a Demon Hunter character to get a head start in being able to try to get these achievements.  I finally got to the "Battle of Azeroth" level, which is the current version of the game, and the quests took me to the two continents the action takes place, Zandalar and Kul Tiras. With lots of gaming (and egging on by certain friends), I finally did steps one and two. Now comes the long haul, the grind of world quests to raise my status among the Voldunai from Friendly to Honored to Revered to Exalted. 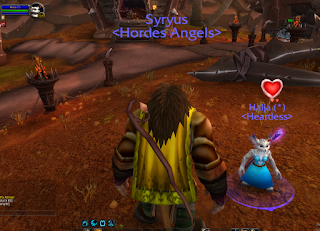 I'm not sure how long it will take to finally be able to be foxy in Warcraft as well as in Second Life.  Only that it will probably be a while. They're not very big compared to some characters, about to my Tauren character's waist (or "anklebiters" as my friend Jasmine called them). But as most of us know, big surprises can come in small packages. I've seen a number of Vulpera shamans, mages, priests, rouges, and monks as player characters. Which one will I choose? I still have plenty of time to think on it.

To certain friends (you know who you are) don't worry, I'll eventually get there.

Addition: It seems there's one more thing to do after you the things I mentioned, complete a questline for the final step. 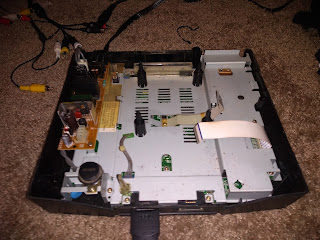 Counting duplicates and non-working units, I have 18 video game consoles. You may think that I paid at least a small fortune for this, but you would be wrong. The majority of my consoles I got for dirt cheap either because I either found a good deal or they were broken and I had to fix them myself. For instance, I got both my Xbox 360 and my original Xbox for $5 each because the local video game store was selling faulty units off for $5 a pop. I took them home and fixed them. Both of these systems go for over $100 a piece but taking advantage of an opportunity and learning some basic repair skills means that I saved big time.

Now you may be thinking to yourself: “I don’t have any repair skills so I can’t do this.” Well, you’d be surprised at how easy it is to learn. Video game console repair is actually one of the easiest repair hobbies you can get into. I promise that it is a TON easier than repairing a car. A good place to get started is watching YouTube repair videos. HAve a broken console laying around? Look up the fault on YouTube to see what others have done to repair it. For instance, if your PlayStation stopped reading discs, usually you’ll find a tutorial video or two on YouTube on how to fix the issue.

I would also do a Google search and do your research before you go off to eBay and other websites because you never know what issues you might run into. For instance, I recently found an Xbox One S with a smashed disc drive. With many other consoles, all you would have to do is swap out the disc drive for a new one. Many people would just do this on impulse if they didn’t know any better. With the Xbox One S, you either need to take the dotter board out of the disc drive and swap it to the new one or flash the new dotter board. The reason for this is because the disc drive is “married” to the console with Digital Rights Management software unique to each disc drive’s motherboard. Each one has a different key that corresponds with the console that it shipped with. If you just swapped out the disc drive normally, it wouldn’t work. Unfortunately, the dotter board in mine is broken in half and I have not found a way to flash a new drive without a professional repairing it so it sits in my closet for now. Thankfully, I didn’t have to pay anything for it and I can still use it for parts later on, but know what the issues are and what you can fix before you buy any broken console.

If you do decide to take this adventure and relive your childhood video game consoles for cheap, I would recommend taking your time. Don’t get in over your head and cause a bigger problem. Be patient and be as gentle as possible. Many video game consoles are over 20 years old now and they’re made of brittle plastic that can scratch and crack. When replacing screws, always turn counter clockwise at first until you feel and hear the screw drop into the threads in the plastic, then turn clockwise. They’re old plastic threads and they’re prone to stripping. Be extremely gentle with any ribbon cables there are small electrical traces in them and if you bend them too much or pull too tight those traces will be severed and you’ll have to replace them. Also, be careful around any wires that are soldered directly to a circuit board. I once took apart a PlayStation controller and the weights that create the rumble effect when playing games popped out and ripped themselves off the board. I had to solder them back on. Thankfully, an easy fix!

You will obviously need tools to make repairs. Many tools you can find cheap or second hand for free and even if you do end up having to buy them  outright new they should pay for themselves over time if put to good use. You will need any and all screw bits and drivers that you can get your hands on. I lucked out and found a large stash of bits in a vacated apartment I was clearing out at work. You will also want to look for 3 types of specialty bits that are often used in Nintendo and Sega products known as security bits (also known as game bits and you’ll want both the 3.8mm and 4.5mm bits) and tri wing screwdrivers. You will also need a soldering iron, solder, flux, and either a desoldering pump or desoldering braid. I would watch tutorials on how to properly solder before you try it and be CAREFUL. It’s called an iron for a reason. It gets extremely hot! Don’t catch your pants on fire. You will also need tweezers for handling small cables and such. A multimeter is also a valuable tool for checking to see if any trace routes are broken or if a certain component is getting the electricity it needs. Also, make sure you have isopropyl alcohol (might be hard to find with the pandemic going on) of at least 91% and cotton swabs and a tooth brush for cleaning. Many old consoles are groody and many old game cartridges need their contacts cleaned to work properly. You’ll also need it to clean up left over flux when soldering.

This tip is so important that it gets its own paragraph. Do not, under any circumstance, touch any exposed internal or external power supplies unless you truly know that the capacitors are discharged. Even then, treat it as if it is live. Capacitors in power supplies can hold their charge long after the console has been turned off and unplugged. At the very least, you’ll get a good zap. At worst, you die. I honestly do not work on them. If a power supply turns out to be faulty I replace the whole thing. Better safe than sorry when working with high voltage you could always end up not repairing it correctly and it could end up burning your house down.