By Nydia (and Brandi) Tungsten 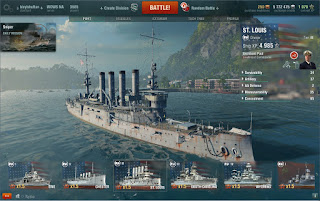 I started playing World of Warships when it came out of closed Beta to open Beta and I cannot say I was disappointed. It shared a few things with its predecessor , World of Tanks (WoT), and yet they are “worlds” apart.

I think the best part about the game for me is the PvE game play. They introduced it where it is you and a few other people against the AI.  Just because it is you against the computer, don’t think the game will be easy.  I have been on a few human teams that have been absolutely waffle-stomped.  The AI is good, not as unpredictable as a real player, but it can still get the job done.  And in this mode, you don’t really run into the “uber players” that always blame their deaths on their own teammates rather than the foolish things they did.  So, before any of you start telling me I won’t get the XP or money rewards there, I already know.  That is how I tend to play now, but to me, the tradeoff is worth it.  Every now and then, I will pop in to a PvP match and quickly remember why I prefer PvE. 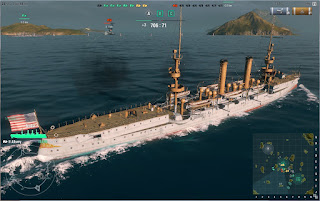 But, I will say this about the ship captains; they are nowhere near as bad as the players are in WoT. That is one of the reasons why I don’t play WoT that much anymore.  I really hope they do this with WoT and introduce a PvE game mode, but we’ll see.

Like using the natural terrain of hills in WoT as defenses, there are islands in the ocean you can get behind. There are a few other similarities between the two games of tanks and ships, but only to the extent of their roles. Battle ships are the heavies, aircraft carriers are the artillery units, cruisers are the mediums, but with the destroyers, you combine two of the tank classes: the light tank and tank destroyers.  The gaming developers are still filling out the tech trees for all the countries by adding more ships.  New countries are in the works as well.

And last, but not least, like WoT, this game is free to play, which is amazing for the graphics and details it has in it.  The developers worked overtime on this one. 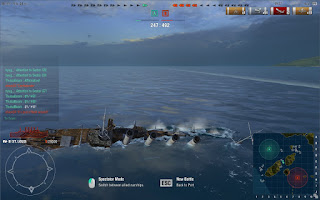 So personally, I will be giving this game a BIG thumbs up and recommend it.  It is bit of a download so make sure you read the requirements for it. Some of the specs are 19.5 GB free hard drive space and 2 GB RAM with at least a dual core CPU.  So, it isn’t really that heavy of a load for a system to run, you just need to have the space for it.

In closing, give it a try, play a few rounds, and let me know what you think.  Give me your opinion because I want to know what you all like, so I can bring you what you want to read about, but most of all, as with any game, there is one secret, HAVE FUN!

Nydia Tungsten
Posted by Bixyl Shuftan at 6:00 AM 1 comment: