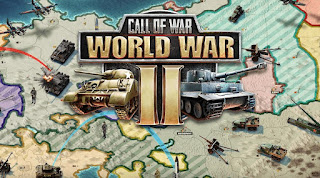 One of the games I see advertised numerous times online is "Call of War," also known as "Call of War: World War II" or "Call of War: 1942."  The game is a free-to-play browser-based World War Two style strategy game developed by Bytro Labs. The company also made "Supremacy 1914" and "Conflict of Nations: World War III," which play much the same.

After playing it a number of times, my conclusion is it's enjoyable, but be prepared to spend plenty of gold currency if you want to achieve victory in this Pay to Win game.

To play the game, make a new account, and after reading the rules go to "new games" and select a scenario. There are several from "Europe - Clash of Nations" in which 22 people can play to "World at War" in which a whopping 100 players can take part. games will list how many openings remain, so obviously the more who are already taking part the fewer nations that are left to play. In "American Homefront," some of the nations are really states or provinces in this "alternate history scenario." Once in, you pick one of the available nations. All start with a roughly equal number of cities and resources and a small number of units. 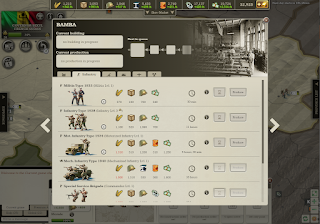 But in order to make units, you need two things. You'll need to have researched the particular kind of unit, and you'll need the required resources. Provinces produce a small amount of manpower and money, which are needed for all units and all buildings need money. Cities produce much more of them, in addition to producing one of several resources: food, goods, metal, oil, and rare materials. Most units need some of most of these, though some more than others such as infantry needing more food, tanks ships and planes needing metal and oil, artillery needing goods. If you're short on one or more goods or have more of one or more than you need, you can buy and sell goods on the stock market. And once a unit is produced, that isn't the end. Each needs a small amount of manpower and resources to be maintained. 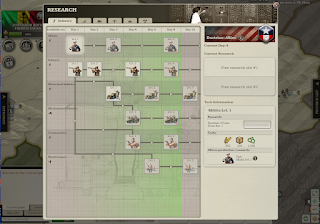 Research will make new units available. At first, you'll only be able to research a few units and the earliest tiers of, such as level one infantry and level one destroyers. But most of these only need a few resources and not much time. As time goes on, more are unlocked. But further ones available cost more units and take more time. You can research two kinds of units at once, and they are in several categories, such as infantry, tanks, naval, etc. Nuclear weapons are not available until late in the game. The highest tier units need blueprints that cannot be researched but found on the map via airdrops. When a new tier of unit is researched, you can upgrade old units, but that takes resources and time.

Each province has different terrain that various units can use to their advantage. Infantry are strongest in the city, and get smaller bonuses in hilly and wooded terrain. Tanks are strongest in open fields. If there are fortifications, defenders in the owner's province get a defensive bonus when attacked. 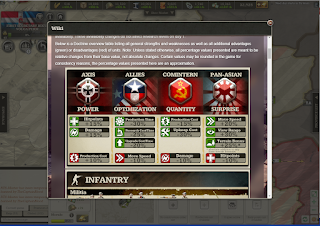 One new feature is Doctrine. Each of the nations subscribes to one of four doctrines, each with it's advantages and disadvantages. Countries with the Axis doctrine have more hitpoints and can deal more damage, but cost more to make. Pan-Asian countries move faster, can see further away, and get greater terrain bonuses, but have fewer hit points. Allied countries can produce units faster and can research and upgrade faster. Comintern countries can produce and maintain units using less resources, but they deal less damage.

In order to attack another country, there needs to be a declaration of war, either you on it, or it on you. Early in the game, it's unlikely a computer-controlled country will attack you. As the game goes on, there is that chance of it happening. Player-controlled countries can attack you at any time. When a territory is conquered, it delivers a fraction of the resources to the new owner as it did the original. It's morale also goes down to the point a successful rebellion is possible. Raising it will mean keeping a couple units there for a while. Capturing one of a country's core cities will mean a big loss of the production of one of it's resources, in addition to one less place they can raise units. The loss of two or three will mean the country's in serious trouble and defeat is near without intervention. 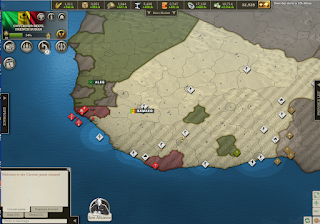 The score in games is determined by Victory Points. In most games, conquering cities will get you those, with capital cities delivering the most. But it's how many you have at the end of the game that determine who wins, so taking the lead in the middle of the game won't help if you lose it.

Diplomacy is a part of the game. You can message other players and make deals. You're free to honor them, or surprise and backstab. However, they're free to do the same. You can also join a collation of states, or form one of your own and try to attract members.

And then there are different maps. There's an European map in which players can take charge of a major country (or a faction of a broken-up major country). Or you could play on a world map, one with a moderate number of players, or one with a whopping 100 players. More recent maps include American Homefront in which the US and Canada are split apart, and Antarctica. 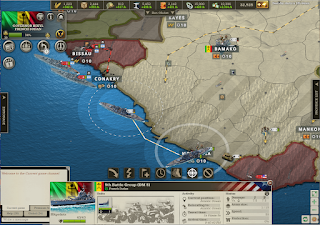 One interesting detail is the newspaper. There you can read about who's at war with who. Players can also write their own articles. Some write "news" stories describing why such a country was attacked. But gamers being gamers, there can be charges of certain players being cheaters, backstabbers, or "wallet warriors."

So how can such a detailed game be free to play? This is where Premium Accounts and gold come in. You have the option of paying to get a premium account, which means a few more options. And then there's buying gold. So why buy gold? With gold, you can get money and resources on the stock exchange, you can hurry up the construction of a building, hurry up the construction of a unit, hurry up the research of a technology, heal a unit completely, or raise the morale of a province to maximum. While you can get some gold by accomplishing achievements, such as destroying so many of a particular kind of enemy unit, the easiest way you can get it is to spend real-world money to buy it. So this puts the game in the category of "Pay to Win." Another problem can be the real-time progress of the game. While someone is sleeping, working, or doing anything else, others are free to attack his country and units. So someone could easily go to bed in the middle of a campaign, and wake up to find his country attacked where his units aren't and the enemy already having marched over much territory and cities. This causes some players to walk away out of frustration, or not willing to play a losing campaign as they don't have the time to spend to make it a winning one.

Call of War isn't a bad game. It can be an enjoyable challenge to come up with the right combination of units for a successful military campaign, and if you have the time to spare, even better. But if you don't have a lot of time due to being a full-time worker (or working two jobs), playing other games, or other activities, then you're going to have trouble winning games unless you're a member of a league, and they may get unhappy if they think you're not playing very often. So some gamers are better off with playing "Hearts of Iron" or some other strategy game they can play whenever they have the time.

I rate the game a medium at three stars out of five. While I can't recommend this game, I won't call it not recommended either. For more information, check the wiki here. 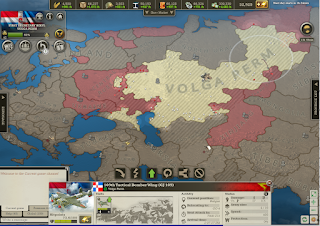 When launching an attack on a country, leave a few units to help cover other parts of your lands to keep from leaving your backside completely exposed. You also might want to invest in infrastructure to speed up the movement of units from one part of your lands to another.

Different units have different strengths and weaknesses in different terrains. Infantry is vulnerable to armor in plains. But is stronger against it in woods, and moreso in cities.

Keep in mind the higher tier of a unit, the longer it takes to produce. So you may want to delay research for a while until you upgrade your barracks, tank factories, shipyards, etc.

If you have a coastline, watch out for the possibility of an invasion by sea. Make a navy when you can, and build battleships when you can (and don't forget to give them escorts). Seaplanes and artillery can help defend against bombardment by ships. Land units are vulnerable when being transported by water, and take time to disembark, where they can be attacked by land units or bombarded by artillery or bombers.

If you're a free player, save your gold for emergencies. If someone attacks you where you're wide open, you can use it to build units and buy resources for them, in a hurry.

A single game can last for many weeks. If a game isn't fun anymore, or if all of a sudden your real life demands a lot more time than you can spare from your game, don't be ashamed to walk away (after messaging any allies of yours). You can always start a new game later.