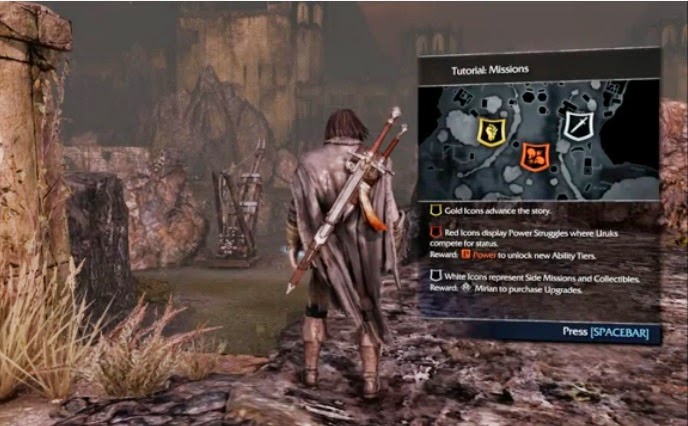 This game starts off darker than any game I have ever played before. You get to see your wife and child sacrificed by getting their throats cut right before your eyes, then yours is cut as well after the first bloody battle at the gate, then each mission is one bloody fight after another. I have recorded the opening and first mission.
WARNING! : These videos is graphic and not to be viewed by young gamers!
This is the opening of the game. Like I said before, this is the darkest I have ever played.
http://www.youtube.com/watch?v=GU-QdO3tdgI&feature=youtube_gdata
This is the play through to just after the first mission. I die twice in it.
http://www.youtube.com/watch?v=_KEeUM-Lqrc&feature=youtube_gdata
One of the interesting twist about this game is if you have friends that play it and they are killed, you are given the option to avenge them on YOUR game. My friends that play have probably got a lot of practice avenging me. 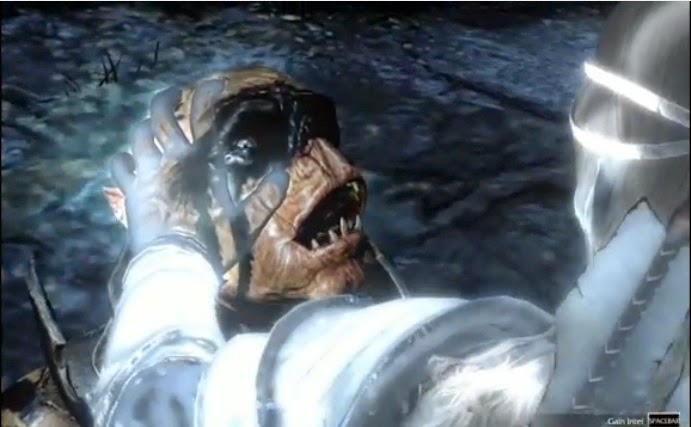 You have plenty of zones with plenty of missions in each one and with a wide variety of side mission to play through. Then you have the DLC's as well. There is a LOT of action, a LOT of blood and a LOT of dark memories to go along with them. We even get to meet the one that murmurs, “My Precious”. Yes, you get to meet Galum and interact with him throughout the story line as you try and find memory pieces. The elf that is stuck within you can remember how to break your curse and free both of you.
As you progress through the missions, you will have to take down and kill certain main NPC's. As you kill them, you gain in power, but if they kill YOU, then THEY are the ones that will gain in strength. So plan your battles carefully and remember to RUN if you need to, or you will get swarmed over in a hurry.
This game is for a more mature audience and I wouldn't recommend it for anyone under the age of 17 due to the graphic nature of the game. My son is in the Army and I would still rather he avoided this one until he is 30 just because of the darkness of the opening. I know that isn't reasonable for everyone and wouldn't expect it to be. And no, I would not enforce that on him, just giving the tenderer of souls a warning. But for all you black hearted buggers, you'll ferkin LOVE it! (snickers) 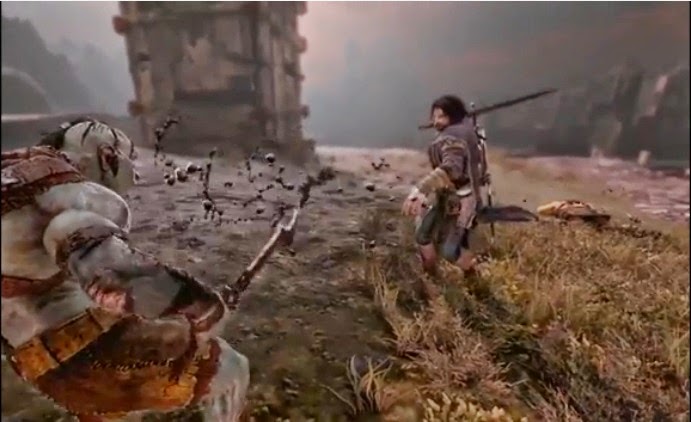 Once it played past the opening, I started to enjoy the game a bit. I am not one to shy away from a violent game, and I gave it my best shot. Even though I have played it a few times, it is not one of my favorite games, but not the worst in my library.
So, for its “keep your heart racing” action, I give it a big thumbs up!
And for the way it messes with your emotions right out of the gate, I will have to give it a big thumbs up for the story line. The writers draw you into the story immediately with this. I know I am not consistent, but I am honest about it.
So for most of you, I would recommend this game. It has a lot of action and requires some puzzle solving skills as well. But if blood and violence isn't your style, even if you are a fan of the stories and movies, you should avoid this one.
So a mixed recommendation, but an honest one, and until next time,
GOOD GAMING TO YOU!
Nydia Tungsten
Posted by Bixyl Shuftan at 6:00 AM No comments: