I have been playing the Borderlands series now for almost since the game was first available. For those who don't know of it, let me sum it up.

The story takes place on the planet of Pandora, and you play the part of one of four "vault hunters" who are looking for the legendary Vault of Pandora. 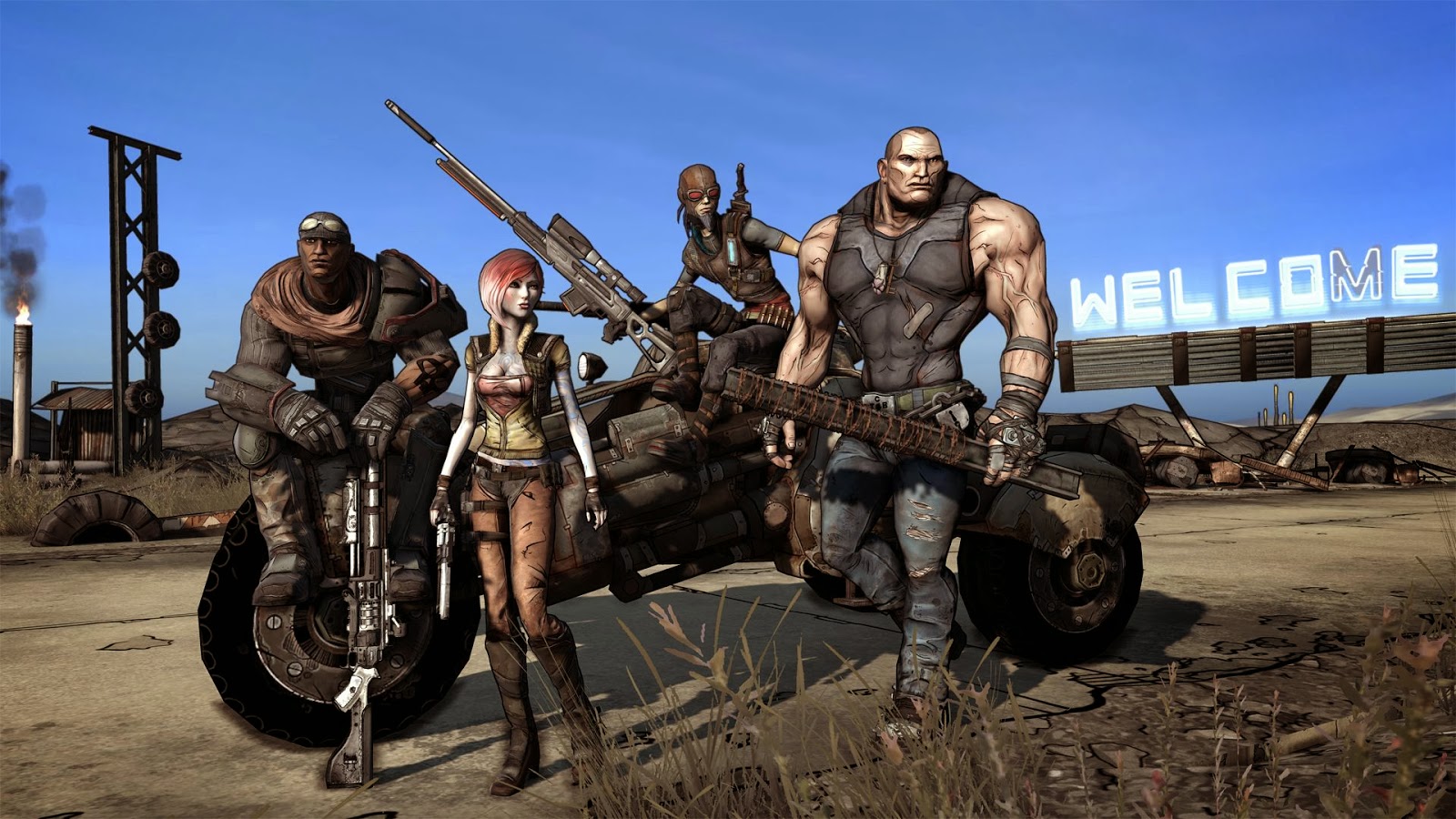 Brick, who prefers to punch things to death.

Mordecai, whom has his trusty bird "Bloodwing." Both are more into long-range combat and Bloodwing can help get more loot.

Lilith is the "Siren" of the group. Her special ability is the "Phase Walk," during which she turns invisible. As it develops during the game, she can gain abilities from healing herself to electrocuting anyone nearby as she phase walks through enemy ranks.

Last is Roland the soldier. He has the ability to throw turrets down to heal and resupply ammo.

As you can see, each vault hunter has their own unique abilities. I prefer the "Siren" myself as she fits my style, either sniper or up close and personal. You perform many missions that lead you to finding the vault. Every step of the way there, you pick up more and more abilities in your talent tree. 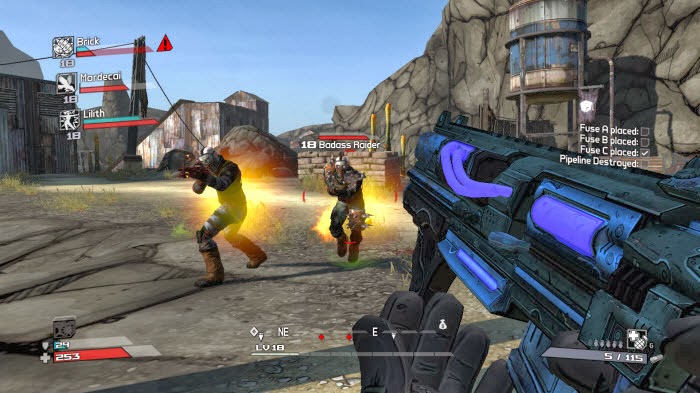 The graphics aren't exactly lifelike, and I think this was due to parental fears of their little dimpled darling who might actually get traumatized by a video game, which I consider to be on par to that they see on their favorite TV show ... but that is a rant for another time. The graphics are well done for the style they intended.

Along the way, you will meet many characters. A certain one you will meet throughout the game is the endearing, yet annoying, but always lovable "Clap-Trap unit.' Another is "Angel," the AI who only you can see, whom I have as one of my favorites. As you play, you will find yourself being "helped" along by her.

With the second game in the series, you have four to six characters you can choose from, depending on the download packs you can get. If you get the "Game of the Year" addition, you get access to all of them. Again, I like the Siren character, but this one has different powers than the one in the first game. As you play, you meet each of the playable characters from the first game, but they are NPCs, along with Angel, and of course Clap-Trap.

Your arrival isn't as peaceful as in the first game, as you are immediately under fire as bots from Handsome Jack try to kill you. Handsome Jack is the main antagonist throughout this adventure, and becomes the man you love to hate. He is the CEO of Hyperion Corporation, and has some very memorable lines in this story as he taunts and rants at you throughout the game as he throws harder and harder minions to stop you.

As in the first game, you are looking for a vault and you are "helped" along by not only Angel and Clap-Trap, but with the main characters from the first game as well.

In both games, you are immersed into the story with plenty of humor mixed in. The stories and backgrounds are very well thought out and lighthearted as well at times. And so with this series of games, I give them my humble thumbs up.

Why write about games that are several years old? It's because the creators are at it again.

They have a third game in the works, and it may be released late this year or early 2015. Want a sneak peek? I have one for you, and it even has a surprise twist that if you played Borderlands 2 all the way through, it will jump out and slap you in the face!

I hope you enjoyed this review as much as I did.

If you have a suggestion for a game you would like to see reviewed, let us know and as always -

Good gaming to you!

Nydia Tungsten
Posted by Bixyl Shuftan at 6:30 AM