Next "World of Warcraft" Expansion to be Released November 13

Blizzard Entertainment, the makers of the top MMO "World of Warcraft" recently announced the date that the latest expansion, "Warlords of Draenor," will be available: November 13. The new expansion is somewhat lighter in some ways than previous expansions: there are no new races or character classes. But the maximum level for player characters has been raised to Level 100, you get a chance to raise a starting character from Level 1 to Level 90 instantly, there are new dungeons and a new Player vs Player battlefield, a new continent: Draenor, and something new: player-controlled garrisons. One feature, updated looks for the various races, has already been in progress over the past several months. 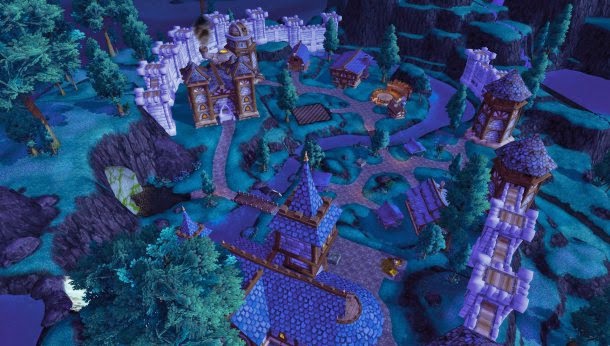 In both terms of the plot and the gameplay, the game is a look back at its orgins. Garrosh Hellscream, the bad guy from "Mists of Pandaria" whom was about to be put on trial for his crimes, but escapes with the help of a time-traveler whom takes him back in time to Draenor, the homeworld of both the Orcs and Draenei. There, he stops the Orcs from being corrupted by drinking demonic blood. Instead, he offers them technology from the future and sets about creating an "Iron Horde" and building a portal back to Azeroth to invade it. It's up to the players to go back to this alternate past and try to stop him.

Players whom played the original Warcraft games will encounter characters such as Durotan, Ogrim Doomhammer, Kilrogg, and others. In some ways, the game resembles those "Orcs vs humans" games, "The age of the whimsical panda is over," one designer commented, "Warcraft of old is back."

But one thing that won't be back are the numbers of over 12 million players the game once had. Although the expansions have helped raise numbers back up for a time, "World of Warcraft" has seen a slow decline over the years to 6.8 million as of August 2014. One designer commented, "We really don't know if it will grow again. It's possible, but I wouldn't say it's something we expect." Still, while Blizard's Multiplayer Online Game may no longer have the numbers it once had, it's still the champion of MMOs after a decade. While some players might be a little disappointed over no new races or player classes, the makers of the game "are still sitting at the top of the mountain, and they've got no reason to shake the foundations." 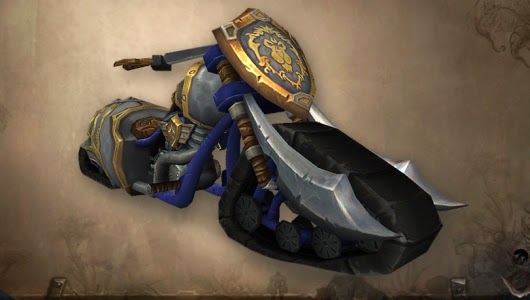 "World of Warcraft" has made news in other ways recently. Earlier this year, Blizzard sponsored a short spinnoff of "American Chopper" - "Azeroth Choppers." Two teams built real life prototypes of motorcycles in the style of both the Alliance and the Horde, with an audience voting on which would be made available in-game. The Horde chopper won, and was made available to it's faction's players for free when the next expansion launches, provided they logged in before September 30. The Alliance bike was made available for it's players anyway, though they would have to pay extra for it.

Also, Robin Williams, whom passed away recently, had been an avid "World of Warcraft" player. A petition that he should be honored in the game with an NPC was soon answered by Blizzard that they were working on one. Shortly afterwards, the Wowhead fansite announced the discovery of an NPC "Robin the Entertainer" as part of the code for the upcoming "Warlords of Draenor" expansion. The image attatched was that of a blue djinn, a connection to "Genie" from "Aladdin" which Williams did the voice for.