I first got introduced to on line video gaming, with World of Tanks.  I have always loved tanks, ever since I was a cub. So here was a game made to order for me.  I downloaded the game, which you can play for free.  Ran through the tutorials and then proceeded to play my first tier one tanks.. 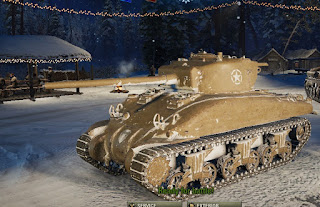 Now the tanks are divided into various nations and then into various tiers, from I to X. Each tier getting more and more powerful, and expensive, in XP and credits needed to get it.  Each nation is usually divided into subgroups as well.  Light Tanks, Medium Tanks, Heavy Tanks, Tank Destroyers and Self-Propelled Guns (artillery).

Teams are made up a mixture of these tanks that total 15 tanks/SPGs to a side.  Object is to kill all enemy tanks or capture the enemy base.  There are a few different variations of this scenario, but they usually end up the same way,  players usually don't play as they should. 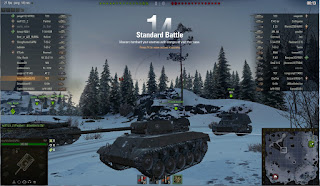 Wargaming has put in many patches to World of Tanks.  Many of which are in my opinion, stupid.  They have buffed already hard to kill tanks to the point, that unless you are willing to actually dip into your pocket and BUY Gold ammo, you will not be able to damage some enemy tanks, meanwhile they have no problem, blowing the turret off of you.

My biggest issue with Wargaming was when they bent to pressure and nerfed the SPGs to death.  They took away our penetration, damage, they said they gave us stun damage, which means nothing, reduced our reload time 10%.  Our reloads are so long now a couple seconds is nothing. Improved our accuracy.  Not by me, I hit less now.   I had one battle I fired at one tank five times, didn't hit it once.  In another battle, I hit a tank seven times and only knocked it's Hit Points down 40%.  If I had not been nerfed, two hits and the tank would have been scrap.  The real kick in the teeth after this was they kept the cost in XP and silver the same to buy the SPGs, which were, at best , 40% of what they use to be.

Now they keep adding new tanks and nations to the game, which was a nice touch, until you start to play them and find the lower tier tanks of the  tree, aren't all that great and it is a pain to play them.  Play them you must, to grind your way through, to earn enough XP and credits to unlock all the modules and finally the next tank in the tier.  Only then do you find, it too is a piece of c**p!  You repeat the process again and again, until you reach a high enough tier, that the tanks no longer sucks too badly.

When I first started the game, the only real issue I had were the Russian Tanks and their Stalinium armor.  They seemed immune to hits.  Which for a real Russian tank was impossible, they were junk, until you realize, the game was designed and is headquartered, in RUSSIA! Do'uh!  Once I got that bit of trivia through my head, I just got down to trying to kill whatever got in front of me, or die trying.

So for the next four years I played constantly, all day long, happily pouring real money into the game, to speed along my advancement and to buy the occasional premium tank.  It was the after they destroyed my artillery and added so many new, nearly impossible to kill new tanks into the game.  Almost making it a Pay to Play/Win game, I lost interest.  I still occasionally will fire up the game and play a couple hours, here and there.  Nothing like I used to play however.  Also I absolutely refuse to spend one more dime on the game, until they fix it, back to they way it was, which means probably never!  Oh well.

Editors Note:  Having played a number of Russian tanks in the game, as well as against them, it seems the easiest way to blow one up is to drive it into battle yourself.
Posted by Bixyl Shuftan at 6:00 AM