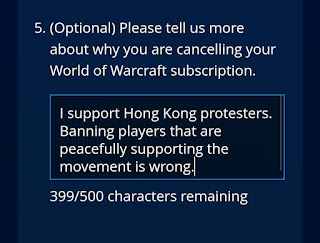 Last month, Blizzard stripped a Hearthstone tournament winner of his prize money and suspended him from further matches for a year following the gamer from Hong Kong using the short time he was given for an interview to openly proclaim his support for the protests there. The company stated he had violated one of the rules by "engaging in an act that ... brings you into public disrepute, offends a portion or group of the public, or otherwise damages Blizzard image." The company also dismissed the two men who were doing the interview. At first, it appeared that the two men, independent contractors whom were not directly employed by Blizzard, were dismissed for no reason. But it turned out they knew what the gamer they were about to interview was up to. The reaction of a number of gamers in Hearthstone, World of Warcraft, and other games Blizzard owns, was to cancel their accounts and call for a boycott.

Since my first article on the subject, the story has continued to develop. A CBS story on October 10 stated the stock price of Activision/Blizzard had fallen. Access Now, a group aimed at protecting peoples rights online, called out, "Blizzard demonstrates a lack of respect for the human rights of its users." Some US politicians also spoke out against Blizzard's actions.

Blizzard eventually gave Blitzchung his prize money back and reduced his ban to six months. It would also reduce the ban of the two broadcasters, whom were in on the protest the gamer was about do. While Blizzard's President Allen Brack admitted they had acted too quickly in response to the incident, they insisted they had to act to keep gamers focused on games, The specific views expressed by Blitzchung were not a factor in the decision we made. ... I want to be clear: our relationships in China had no influence on our decision."

There would be another protest, and suspension. On October 16, Blizzard banned three players over holding up a sign, "Free Hong Kong, Boycott Blizzard" during a livestream a few days before. Despite that banning, and stories about people being banned from the Blizzard forums for bringing up the Hong Kong controversy, there were talks about mass-protests at Blizcon on November 1. While Blizzard had canceled a scheduled launch event for it's Overwatch game, it couldn't just up and cancel it's annual convention. 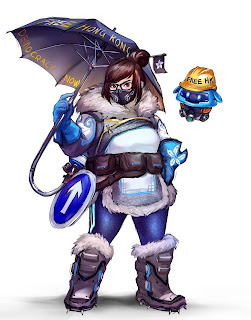 Players have continued to express their disapproval, such as a commentary in Massively, "The Blizzard I Knew Is Dead." Tyler Edwards would write, "... the theme of fighting to overthrow tyrannical governments has come up again and again. Suramar, Mists of Pandaria, Battle for Azeroth… The face of StarCraft is Jim Raynor, a character who spent most of the franchise fighting for freedom against oppressive regimes. And now Blizzard has actively aided and abetted oppression by a real world dictatorship. When one of its players spoke up in favor of democracy, Blizzard helped silence his voice, at a time when democracy is under fire all over the world – all to protect business interests in mainland China, a country that makes up only a tiny fraction of its global revenue. It’s wrong, and it’s cowardly, and it goes against everything Blizzard is supposed to stand for."

Other protests included artistic ones. The character Mei of Blizzard's game Overwatch, was drawn by numerous people protesting the company as being a sympathizer of Hong Kong's resistance. There was also at least one online cartoon, Sandra and Woo, in which the artist mocked Blizzard for pretending to stand for human rights while submitting to China's demands. 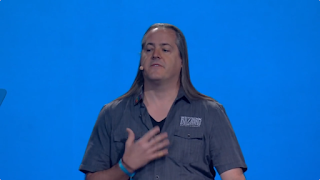 Finally came Blizzcon, which had the company President Brack appear on stage for the opening ceremonies. And at one point, he brought up the controversy and apologized, “When I think about what I’m most unhappy about, it’s really two things. The first one is we didn’t live up to our high standards that we set for ourselves. And the second is, we failed in our purpose. And for that I’m sorry, and I accept accountability."

While Brack got a standing ovation for his apology at Blizcon, checking the responses to the apology in the article, most I saw were negative saying the response was inadequate. There were some saying this was either as good as they could expect from a corporation to that there was nothing that could be done about Hong Kong, "I feel for the peeps at hong kong, I truly do... I wish them nothing but the best... but I'm still going to play their games. I believe no matter what phrases we say, it wont change the way China is." Nydia Tungsten of the Furry Gamers Group in Second Life would comment the apology reminded her of a child chastised by it's parents that was saying "sorry" only because it was ordered to.

Blizzard would go on to introduce the next expansion for World of Warcraft: Shadowlands. And in the game itself is having it's fifteenth anniversary. But the controversy is a dark cloud over the occasion. As a similar controversy has been hounding the NBA, it seems what happened with Blizzard/Activision is part of a larger problem. American companies love Chinese money so much, many if not most will compromise their principles to get it.

For yours truly, I ended up getting back into the game just before Blizzard banned the gamer from Hong Kong for calling out for his city being able to keep the freedoms it's people enjoyed. That the company, or at least it's President, went out and apologized makes me feel like I can stay in with a clean conscience. But why did it have to get in this mess to begin with? As some friends are sticking around, I will too, at least for now.