Late last month in late October, Mark Zuckerberg announced Facebook the company would be changing it's name to "Meta" to reflect it's plans to build a huge virtual world called the "Metaverse." Since then, there's been more than a few comments and developments. 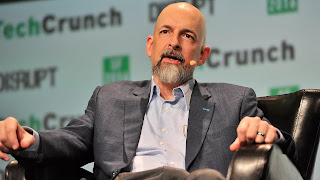 As the term "Metaverse" was developed by Neal Stephenson in his cyberpunk novel "Snow Crash," he was interviewed about Facebook's move. "It’s flattering when readers take the work seriously enough to put their own time and money into bringing similar ideas to fruition," he remarked, "... science fiction writers have occasionally been given credit for inspiring real-life inventions, so this is not new and it’s not unique. I was aware of that fact thirty years ago when I wrote 'Snow Crash,' but I didn’t necessarily expect it to happen." He had never spoken to Zuckerberg, nor expected any kind of compensation, "In order to get compensation from FB or any other company I would need to sign some kind of deal in which I gave the company rights to some IP in exchange for payment." 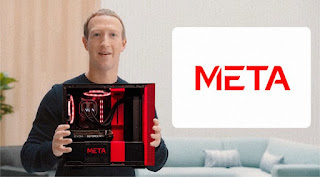 As it turns out, Facebook may have a problem as another company filed first for rights for the name. Meta PC, which has been in business for a little more than a year, decided to officially apply for the name in August. The founders Joe Darger and Zack Shutt say they're willing to let Facebook have the name, but only if the larger company pays them 20 million. They also poked fun at Facebook by photoshopping a picture of Mark Zuckerberg holding one of their computers. Since neither company officially owns the name, Facebook may still be able to get it. But this oversight is resulting in a few chuckles. In the meantime, the result has been a great amount of free publicity for the smaller company, which saw it's social media followers increase by fifty times. 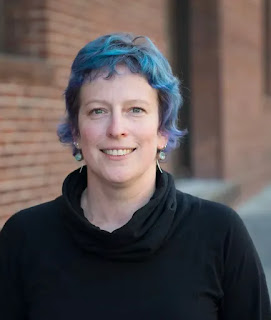 And what do the people at Linden Lab think of Facebook's move? Grumpity Linden, or Anya Kanevsky in real life, was interviewed by the French magazine Le Journal du Net (JDN). "It's interesting to see this interest in the metaverse from the Epic Games and Facebook announcements," Grumpity commented, " A metaverse is a collection of connected virtual worlds. In a sense, Second Life is a full-fledged metaverse. A living place in which, in the form of an avatar, you can stroll through shopping malls, go to the beach, visit art galleries, etc. Second Life also has its own economy and its own currency, the Linden Dollars."

She would go on to say that Zuckerburg and his people, "realized that the reputation Facebook has forged over time can be a barrier. This lack of confidence in the company exists and there will have to be a number of levers of confidence to allow those who wish to explore these virtual worlds. At Second Life, we ensure the privacy of our residents. For example, some assume their homosexuality in Second Life, but we know that some may live in areas of the world where their sexual orientation could lead them to prison. We are therefore extremely vigilant on this issue of data security. With the immense wealth of data in the hands of the digital giants, it will be necessary to ensure the protection of the privacy of the users of these virtual worlds."

Grumpity would remind that most content in Second Life, "was created by our residents and not by Linden Lab employees. We just play the role of facilitator. This represents our vision of the metaverse. I don't see how creating different games that would be connected to each other could be akin to the metaverse. In my eyes, this is content created by companies for users. For the metaverse to exist, it must be created and managed by the people who live there."

Sansar and it's option to wear VR helmets came up, "Many were not thrilled with the idea of ​​carrying these VR headsets that are quite heavy and require enough space at home to be able to use them. If virtual reality allows for an immersive and incomparable experience, we observed that few of our residents were ready to wear these helmets for more than thirty minutes. So we plan to keep trying new things around virtual reality, but VR isn't the only possible future for Second Life."

Grumpity would remind Linden Lab's virtual world was still making money, "In 2020, the creators of Second Life collected nearly $ 73 million. Many of them use the platform as a completely or have made it their main source of income." Although the Pandemic was ending, the people who signed on or returned were still logging on to Second Life, "even if they spend less time there."

The interview can still be read on the JDN website. As it's in French, English speakers may need to copy-paste in Google translate or have some other way of traslating it. Inara Pey would also write about it.

As time goes on, no doubt there will be more developments about Meta and it's plans to go into virtual worlds. Stay tuned for further details.