I was told about this game being free on Steam for the day by several people, so I got it, as did my son, Kody. We sat down and played for a few hours and between the two of us, we had beat the game. 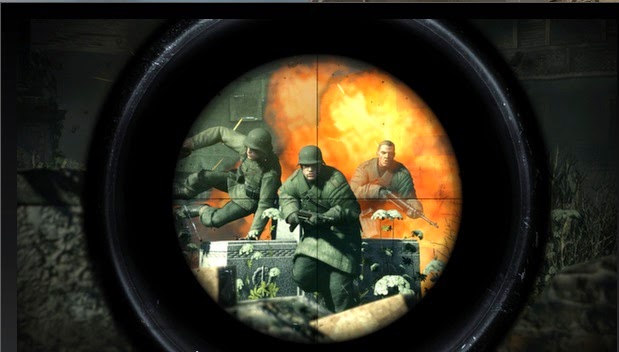 It is a basic first person shooter taking place during WWII while the game designers took some liberty with the historical facts to create better missions. First thing I notice about the game is how the tutorial is buggy, so don’t worry if you can’t get all the way through it. While irritating, it is not game breaking, so go as far as you can then go to the missions. In this game, you can play with others in either co-op or PvP. Kody and I tried co-op.

Another annoying aspect about this game is when we hit Continue, it threw us back into the lobby. So, we had to go through the list of missions to get to the next one. In my opinion, the developers of this game did not do a very thorough beta testing with this game. It has just too many things going wrong, nothing game crashing, but just annoying. 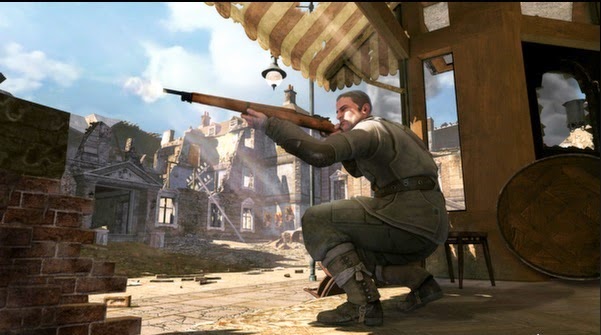 Would I shell out money for it? No, so I cannot recommend it unless it comes up free again, but until then, I’d say leave it alone.

They have started pushing Sniper Elite III, but with the problems I am having with V 2, I don’t think I could trust it’s sequel enough not to have problems. I cannot stress enough that if they have a game that originally has problems, and then they release a sequel to it, leave that one alone. It is the only way we can get the message to the developers we will not stand for “close enough” games being thrown at us. Remember, we have the power to get our message across by not giving them money for unfinished games and Sniper Elite, while fun, was lacking in many ways. Not having enough missions is the biggest flaw. If someone can finish and beat the game in just a few short hours in co-op mode and have one of the players not even take the tutorial and just jump in means there isn’t enough content in my eyes. 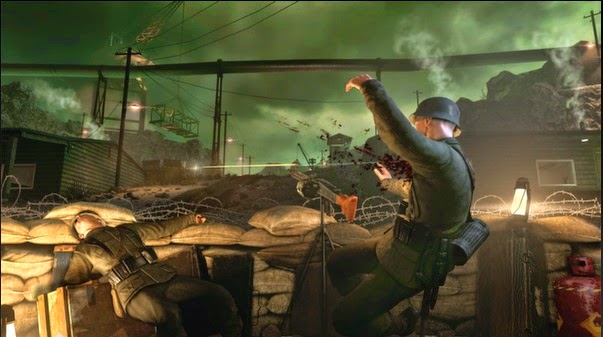 And another thing is given that it never told us where to aim to destroy tanks. It took us a bit to figure that out as well and we STILL beat it quickly.

So, save your money and wait for it to come out on another free day to get it, that is the only way I can recommend getting it. If you already have it, let me know how YOU like it and let me know if you think I am wrong.

And as always, GOOD GAMING TO YOU!

Editor's Note: At times when making a sniper shot, the view changes to show a slow-motion of the bullet traveling towards it's target. Just before reaching the target, the screen changes to an "X-ray" view which shows the bullet shattering bones, or if the shot's at the target's gonads, disintegrating testicles. Not exactly something for the squeamish.