Adventures in Tyria, A Look at Guild Wars 2 And Legendary Weapons

When I bought Guild Wars 2 a few years ago I was pulled in by the immense world that’s Tyria. Being a steady player staying up to 3 or 4am some nights playing pvp or doing dungeons has brought me a long way. 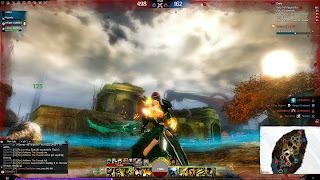 I highly recommend this game as now you just have to pay for the heart of thorns expansion as the base game is free. However the way Guild Wars 2 makes it’s money is with gems and people buying the expansion. Another name for GW2 is fashion wars as you can buy outfits or accessories with gems you purchase with real money. Or you could buy gems with gold earned in game.

The classes you can play as such as Mesmer,Elementist,Necromancer who wear light armor. The medium armor classes are Engineer,Ranger,Thief. The Heavy armor classes are Guardian,Warrior and now with the expansion Reverant which is a mystic warrior which can use the mists to bring him power. 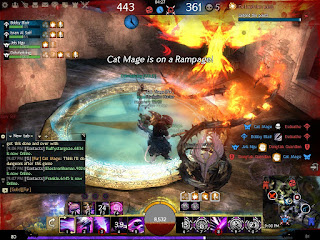 Mesmer can make mirror images as his images attack for you and confuse foes. Elementlists harness the four elements to attack or heal with water. Necromancers use death as magic to bring foes to an early grave.

Engineers use gadgets and guns to blast enemies. Rangers like hunters in wow hunt with bow and arrow and have an animal companion to hunt along with them. Thieves have low hit points but can attack with stealth and do heavy damage with daggers and pistols.

The Heavy classes are Guardian which is like a Paladin smiting with holy powers. The Warrior is the tough mace swinging solider.

Each class can use different weapons such as pistol or sword. Every weapon gives different attacks 1-5 on your keyboard. If you decide to give Guild Wars 2 a try, play around and see what character and weapons work best for you.

In the game there are crafting professions such as Chef, Huntsman, Artficing, Weaponsmithing and more. They can make goods, such as food and dyes for chefs, melee weapons for weaponsmiths. But crafting professions were also needed to help make something which has been a tremendous source of pride for me. 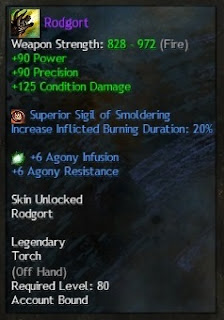 If you've met me in Second Life lately, you might have seen my fliptitle which says “I have Rodgort the Legendary Torch.” You might of wondered what that means. There are legendary weapons you can attain which isn’t just soulbound to one character. However it takes a long time and lots of the in-game gold. There’s a list of them here on the bottom of the page https://wiki.guildwars2.com/wiki/Rodgort. One of them Rodgort happens to be the one I have that Cat Mage now has (my Mesmer).

When you forge a legendary it’s useable by ANY of your account characters. So long as your character can use whatever legendary weapon. For example my Mesmer can use it, but also so can my human ranger.

Another bonus to having a legendary weapon on top of having wonderful visual effects is the fact that so long as you’re out of combat you can change the stats to whatever you choose. If you want more hit points pick solider. If you want more condition damage and precision pick viper. Equipment such as armor and weapons have stat combos. If you want to change stats you have to unequip your legendary weapon and click select stats. It’s fun to experiment to see how Viper or Assassin will change your damage or boost your armor.

You might be asking “Grease how do you get a legendary weapon?” Well it took a LOT of work. And a lot of gold. When you first start the game you might want to start exploring and practice playing at one class or try another class and like that better. One of the things you need for any legendary weapon is the gift of exploration. You get that when you explore all the maps of Tyria. The new legendary weapons such as Nevermore you need to explore the new areas in the Heart of thorns expansion. 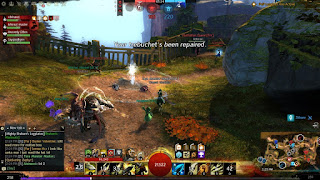 PvP is very harsh. Overwatch is a fairy tale compared to how hard and intense Guild Wars 2 PvP can be. HOWEVER. You can get clovers and weapons and armor for free if you stick to it. Mystic clovers you also need for legendary weapons. It’s easier to get them through PvP but slower and cheaper then taking chances with the mystic forge. You also receive tomes of knowledge through PvP. 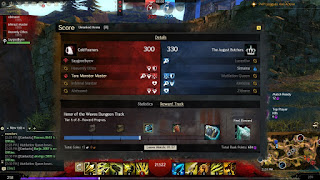 But don’t throw all your time into PvP though. Once you hit 80 you can do dungeons and get gold along with lots of low level weapons and armor to salvage for magic find. Over time magic find gets higher so you find better armor and weapons and also materials such as vicious claws that you also need for legendary weapons. Dungeons are easy once you get the hang of them.

In order to PvP on the dungeon tracks you have to complete the story mode of whatever dungeon. For example the first dungeon story mode I unlocked was Honor of the waves. When you first start Citadel of Flame is already playable. That offers berserker gear which has power precision and Ferocity. Most players use this gear for the highest damage but it makes your character fragile as well. 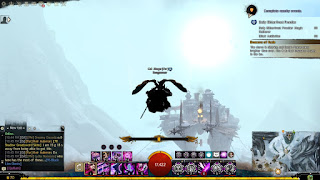 Also something you can complete is a title called dungeoneer which offers you ascended (pink) accessories for free. Each dungeon has the weapons and armor sets you can unlock through completing the dungeons giving you tokens for whatever dungeon. When you unlock ALL of them you receive an accessory on the house. Two of them have healing stats. Two of them have assanin’s stats for high damage. The other two are solider’s for tanking. The last two are carrion for condition damage. Such as fire burning an enemy or a sword cutting someone making him/her bleed.
When you finally grunt and get all the dungeons you not only have those eight accessories for free. You also get the title of dungeoneer AND a large treasure chest.

While you get these armor and weapons you might not be using you can salvage them into ectos which (surprise) you need for a legendary weapon AND sell for decent gold. When you get dungeoneer you can keep using tokens for gear just salvage on top anything else you find in dungeons.

Also to get legendries, you have to get gifts from professions. For example for Rodgort I need Chef and Huntsman to create gifts to combine in the mystic forge for your weapon. Not only that it was costly in gold to get the materials for the gifts. You also had to spend gold to bring your crafting profession to a high enough level to create the gift. Sound expensive? Yes it was but worth it as my Mesmer walks around with fire foot prints now. 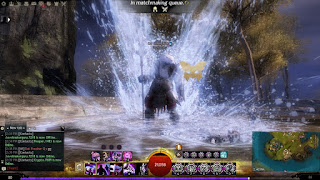 I hope this helps anyone looking for a new game to play to suck you in to goof off and play on your days off. Also once you pay for the expansion THERE’S NO MONTHLY FEE. Whether you play around for free with limited options or buy the expansion Heart of Thorns of HOT for short. Arena Net doesn’t charge you a subscription fee. Feel free if you see something you like to buy  with gems (from real money) or gold within game traded for gems.

Bring yourself to Tyria for a grand adventure I know I have. There’s also guilds to join to share your adventure with others who might share in your interests and you might get lucky as you might also talk with people also from Second life. In fact I’m working on a second legendary called the Bifrost a rainbow staff. https://wiki.guildwars2.com/wiki/The_Bifrost Who knows you might run into me in this fantasy/steampunk massive RPG.

Grease Coakes
Posted by Bixyl Shuftan at 6:00 AM