One would think most anything with the name "Star Wars" connected to it would be a moneymaker. But with EA's recent release of "Star Wars Battlefront II," the result has been controversy and trouble, with the company loosing billions in stock value, and talk of the government getting more involved in the computer game industry. 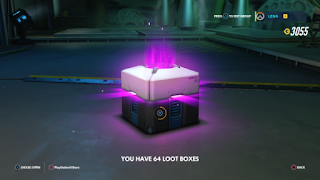 The controversy revolves around the issue of microtransactions. Microtransactions in games are nothing new. Those familiar with free games online, such as "Forge of Empires," "World of Tanks," and others offer players the chance to buy in-game credits of some kind which can be used to purchase ways to advance the player. Gamers can be accepting of this in free games, such as the "wallet warrior" jokes in "World of Tanks." But with games the player had to buy up front to play, not so much. In 2011, the makers of "Eve Online" were faced with a revolt of angry veteran players when reports came that they would soon offer microtransactions that could affect gameplay. More recently, Blizzard introduced the ability to buy "loot crates" for it's recent hit "Overwatch." This raised some eyebrows, but as the items were just cosmetic and didn't affect gameplay, there was some controversy, but less than what would come later. 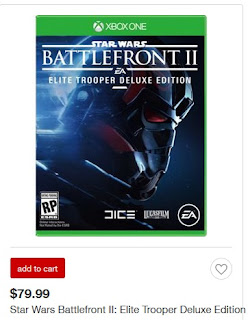 Then came EA's Star Wars Battlefront II. Although it has a story mode, the game seems to be primarily around it's multiplayer mode and PvP combat. The games "Star Card" system is a requred part for player advancement  In October, it was revealed that the loot boxes in the game were a key part of the Star Card system. Since they could be purchased, this quickly led to criticism of the game being "pay to win." As the contents of the boxes were random, and they could contain either common items or rare ones, there were charges that they were a form of legal gambling, one accessible to teenagers. Gamespot game the game a 6/10 review, saying "the biggest hurdle that Battlefront II will need to overcome--for its simultaneous attempts to balance microtransactions with genuine feeling of accomplishments--is deciding on what type of game it wants to be." Shacknews also gave it 6/10, "The loot crates diminish its value greatly, and it's a shame EA forces them down your throat as part of the core gameplay." 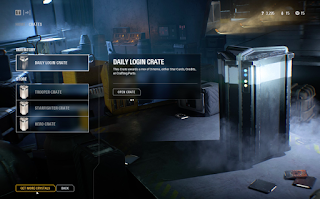 With the Battlefront controversy on top of the earlier Overwatch loot boxes, there were comparisons to online gambling, a form that could exploit young teenagers. Then government officials began making their moves. Belgium's Gaming Commission began an official investigation of both Battlefront II and Overwatch to see if the loot boxes were a form of gambling, which could mean the removal of the games from play from the country and the makers given huge fines. One politician from Hawaii openly criticized Battleftont II, "This game is a Star Wars-themed online casino designed to lure kids into spending money. It's a trap." It's unclear if the second sentence was a deliberate quoting of a "Return of the Jedi" line.

Financially, the controversy has not been good for EA's bottom line. The price of the company's stocks has dropped, causing their total to drop by 4 billion dollars, with some estimates going higher. Although the price was already dropping before the loot crate fiasco, this latest mess shook the confidence of investors further. It is ironic that a company's attempt to get even more money out of a game players already put a good amount of money down for, the deluxe edition costing 79.99, and the regular version 59.99, at one store, ended up causing it to lose money.

In response to the criticism, EA removed microtransactions from the game, saying they would be gone until further notice. "We’ve heard the concerns about potentially giving players unfair advantages. And we’ve heard that this is overshadowing an otherwise great game. This was never our intention. Sorry we didn’t get this right. We hear you loud and clear, so we’re turning off all in-game purchases." A new system for the Star Cards is being developed, though whether or not microtransactions will appear in any way is unclear. In response to the threats of government intervention, some from various gaming companies formed an organization with the purpose of the industry self-regulating itself on issues such as loot boxes. Whether or not these moves to steer governments away from starting to regulate the microtransactions of online games remains to be seen.