Most gamers have an opinion about what their favorite video game music is and in this article I will list ten of mine. Of course, you may not agree with this list, but music and sound in general are always a subjective experience. This list was compiled from games that I’ve played and owned. So if you don’t see your favorites here, that’s probably why.

Let’s be honest, the music in this game is a big reason for why it’s so memorable today. It’s mellow and fits perfectly with the gameplay and aesthetic of the game. 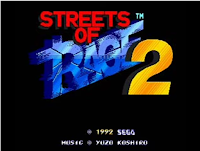 Just listen to the opening theme of this game and you will know why. This game is widely regarded as having great music and I would tend to agree. 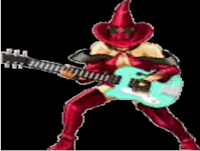 I just recently picked this game up. There are other versions of this game but this is the one that was available at my local retro game store. I may not be a big fan of the final boss, but I am a fan of her theme song. It’s not often that I fire up a game for the first time and am immediately blown away by the music, but it happened with this game.


Hideo Kojima is known for making games which play out like movies, and the soundtrack in this game definitely makes you feel like you’re playing a movie. It’s one of the first games which made me feel that way, and the opening track is still great. 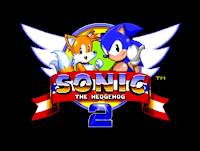 I could have put the original Sonic the Hedgehog here too but I believe that the second game in the series is where everything came together both gameplay wise and musically.

I played this game so much as a kid that the songs are still stuck in my head, forever resurfacing and playing. I’m not complaining.

I might actually make some people mad by putting this game all the way down at number 4 on this list. While this game is a favorite to many, I actually have a love/hate relationship with it. However, there’s no denying that the music for this game is widely regarded as some of the best music that Nintendo has produced. There are many songs in this game that are unforgettable.

I’m not an RPG fan at all, but there’s something about this game that grabbed me. The characters are just great. The music also helped. Sure, there are other Final Fantasy games with similar music, but this is the one I played and still play.

From the moment you start up Rocket Knight Adventures, the action never stops until the end and the catchy music doesn’t as well. This is one of the better looking Sega Genesis games and one of the best sounding as well. I’m still amazed by how many sound channels they were able to utilize in the compositions on a system that was made in 1988.

1. Night in the Woods [Multiple Platforms]

The music in this game takes my number one spot for just how incredibly haunting it is, and I don’t mean that in a bad way. The compositions will stay in your head long after you’ve finished playing it. Unfortunately, the brilliant composer of these tracks is no longer with us for reasons that I will not get in to due to how complicated the unfortunate situation was, but his music will live on in this masterpiece.

So those are my personal top ten video game soundtracks. I do find it a bit interesting that I ended up choosing games from only a handful of systems. I didn’t plan it that way but it probably has to do with the systems that I grew up with. So what are your favorite video game soundtracks? Did I miss out on an obvious choice? Sound off in the comments below!
Posted by Bixyl Shuftan at 10:30 AM