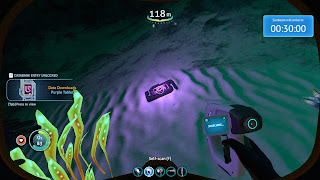 I have played SUBNAUTICA now for one game shy of 6500 hours.  You might ask how can you play a game that much and it not get boring?  Simple, the game is never the same, each time you play it.  The developers mix things up, each time you start a new game.  While the basics stay the same, they do like to move some of the elements around to keep you guessing. 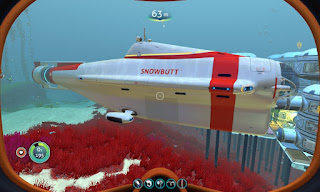 Since I have been playing, there was a huge update to the game and they installed a new graphics engine, which is suppose to make the textures pop more.  It might have, but it also caused havoc with the game, tossing bugs in everywhere.  Which I constantly ran into and reported and they have seemed to have fixed most of them. I still run into new ones, or at least I think they are bugs. They might have changed the story slightly.  Who knows.

The best thing I love about the game, is building.  Make your builder tool, collect all the blueprints to all the base modules and elements and go to town.  What you can create, is limited only by your own imagination and how much time you willing to devote to collecting the resources needed to building your dream home.  I have come up with a design that works wonderfully for me. It does take several hours to collect the blueprints and then the resources to build it.  Followed by zipping around to various wrecks to loot them for collectibles, to decorate my base. There are toys, posters, lab gear, caps, dolls all waiting for you to discover, grab and put on display in your new base. 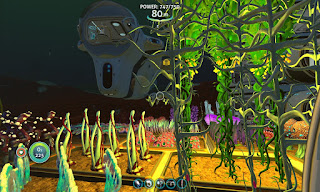 Then we have Time Capsules.  These little surprise gift packages are what other players leave behind, when they depart the planet in their escape rocket.  They can put in a few items, a picture and some comments who comes across it.  You never know what will be in the capsule.  Could be some good stuff, could be useless stuff, but to open one, you will need at least six open spots in your inventory.

There are also numerous different biomes in the game and each is unique.  Not only in how they look, but in the flora and fauna that dwells within.  I have also learned hat each of these biomes specializes in one or more resource.  For example.  The Jellyshroom Caverns, are brimming with Gold, Lithium and Magnetite, but not much else. Unless you count Crabsnake trying to eat you.  The Lost Tree Biome contains Nickel, Crystal Sulfur, Lead, Silver, Titanium, Copper, some Lithium, some Magnetite, but also a rather unfriendly Ghost Leviathan and a bunch of nasty River Prowlers and Blood Crawlers.

The last biome you need to tackle is the Lava Zone.  Here you need to go to collect Kyanite to finish construction on your vehicles to complete the game.  You you also run into WARPER Central, LAVA Lizards and the Sea Dragon.  If you remember the old saying, busier than a one legged man, at a butt-kicking contest.  This is the place it can happen, and it isn't fun. If they all gang up on you, RUN and try to fix your PRAWN Suit and heal yourself ASAP.  You will have no place to go otherwise. 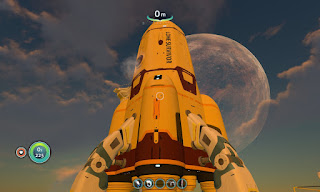 The Thermal Plant is in the area, once you collect enough Kyanite, find the entrance on the mountain. Go through it to the Thermal Plant, get the needed date inside.  Make your up grades. Come back, then head to the Primary Alien Containment Faciltily a short walk away to meet the Sea Emperor, help her out. get the cure, turn off the cannon (important), then blast your booty off the planet.  Simple enough.  Not really, the last few items will take you about three hours, if you know what you're doing and if you have the resources to make the potion on hand, add a few more hours, if you don't.  Isn't Subnautica fun?  I love it!