What's New With the Angels in Minecraft

Besides the official Minecraft, there's a modified version known as "Feed the Beast," or FTB for short. Made not by Mojang, the company founded by Minecraft's creator, but by other players, FTB is different from "Vanilla" Minecraft as there's more kinds of minerals to dig and players are able to build more things, and do more things. The catch is FTB can "lag" a bit for players, and crash quite a bit, due to that severs can be quite taxing to the computers they're hosted on.

The "Angels" group in Second Life, friends of Nydia Tungsten, the majority whom reside in the Angel Estates, have a number of creative players. They had a taste of what they could do earlier on a FTB server hosted by Kit Repine. They could build new suits of armor, special boots that would keep you from being hurt in falls, energy guns that could take down hostile mobs, robot miners that could clear out huge sections of rock, "Portal" guns that allowed players to take shortcuts in getting around, being able to access new realms, and more. So when Nydia got a new computer about the time a new updated FTB was available, she created a server for it. She invited players over to "do their worst" with the most elaborate builds, and a number obliged, making huge machines that yours truly can barely figure out how to work, let alone build.

Unfortunately, Nydia's new computer failed. Not wanting to frustrate the Angels, Nydia moved the server to her older computer, but the server was frequently down due to crashes. Finally Kit offered to host Nydia's server on her computer, and it was transferred over. 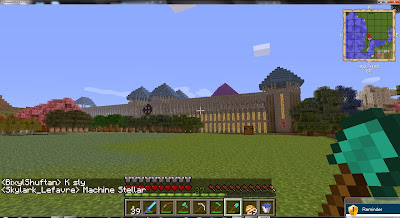 Players made huge, fancy, builds, such as a huge palace made by Valkyrie McGil. 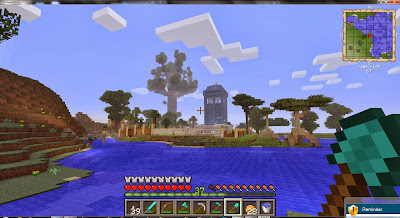 There was also a giant "Tardis" constructed by Hojo. Note the big tree next to it, which was hollow, and could be made into a treehouse, which Jasmine did with another. 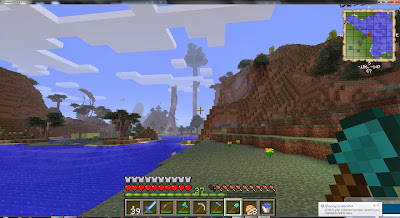 Yours truly while exploring near Hojo's base around found a tall, thin, natural feature beside a hill. I christened it "The Finger" and made that my base of operations, hollowing it out, and digging down to mine for ores and diamonds. I never did find any of the latter (nor closer pics of my base that I could have sworn I took). Jasmine would help in making a tunnel from it to just outside her hollowed giant tree. 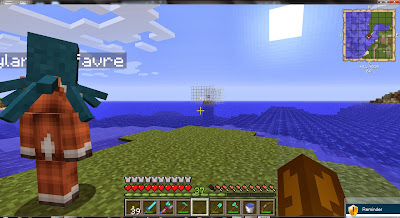 FTB has a number of new mobs, such as wisps which can dart around and zap players. One player, Skylark (wearing a squid hat), came across a wisp spawner. But instead of destroying it, she grabbed it, and decided to cage it. 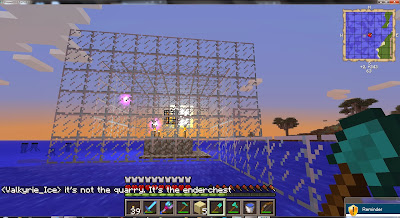 Skylark made a place offshore, and putting the spawner down, began to encase it in glass. The spawner soon created new wisps, which took a toll on her. But eventually, she got it caged, and the wisps inside could only dart around harmlessly, unable to zap anyone. 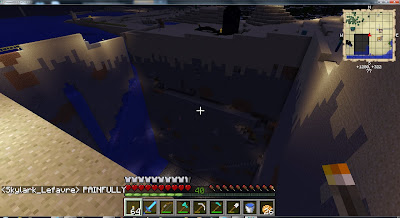 Near Nydia and Brandi Streusel's base, a huge mining pit left by machines. Note the oil geyser behind it.

There were other features, such as "Mystcraft," which allowed players to travel to other worlds. Some could be hazardous, as their own laws of virtual nature could be quite different. One had burning sunlight that damaged players out in the open. We mused we finally knew what it was like to be a zombie.

Unfortunetly, the world would run into trouble that was beyond even Kit's computer and Nydia's skill. An early sign was when one of Skylark's pet squirrel's got loose, and when poked, it exploded and left a huge crater. The joke was it ate uranium from a reactor and turned into a "mini-nuke." But before the joke got old, a nuclear reactor build malfunctioned and blew. The result wasn't a big hole, but the whole minecraft world on the server had its code corrupted beyond repair. We would have to start over.

As it turned out, there was a new version of FTB out, or rather of the "Direwolf" which we used (FTB Launcher 1.3.2 / Minecraft 1.6.4 / Direwolf20 1.0.07). So we'd be getting new things to see, and play with. We were given about 48 hours of "creative mode" to aid in getting about and building what we wanted, then it was back to survival mode. 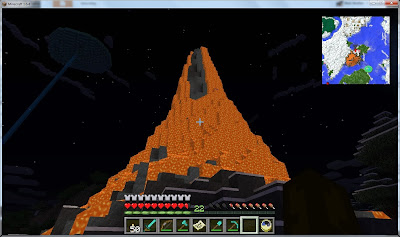 Near where I first appeared was a volcano, which made for a great reference point at night. The island in the sky seen to the upper left turned out to be made out of slime. 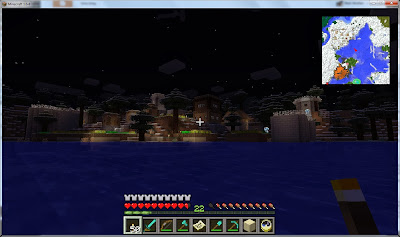 And not far from the volcano was a village. I went ahead and made it my base of operations, using creative mode to make a wall around it. Besides looking cool, it had the bennefit of helping keep out most of the mobs ... most. A few still spawn on the inside. 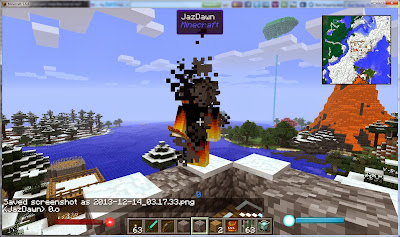 There were new mobs, such as blue mana creepers, and icy "Blizz" creatures that tossed snowballs. In creative mode, one could take on the appearance of mobs that the player clobbered at least one of. In the new FTB, focusing on an object or player up close would give you the name. 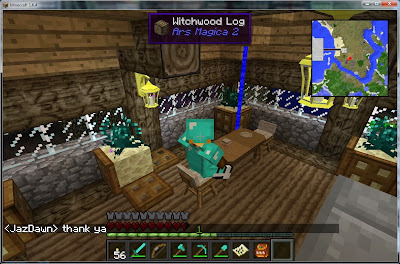 Jasmine and Kryxia built their own base some distance south of the volcano village. They would also build a fenced area of horses, donkeys, and other critters, and then a stable. 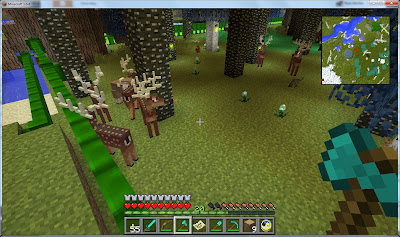 And to the north, this fenced in forest area with deer, squirrels, sheep, including the new rams, and other critters. I believe it's Skylark's base.

*Addition* It turned out it was Valkyrie's forest. 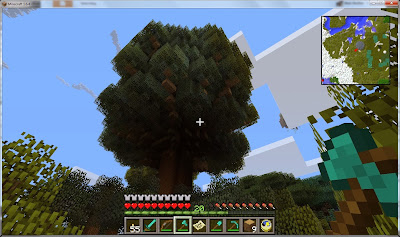 This new kind of tree's a bit big for cutting down for wood. 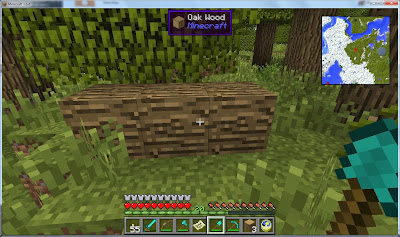 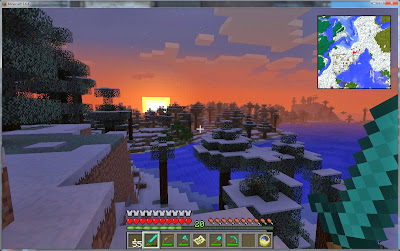 And so, the sun rises on a new world for the Angels of Second Life to build on. It's not their first, and most likely not the last. But they'll be making a few memories here when not in Second Life.

Posted by Bixyl Shuftan at 2:00 PM