The game Eve Online on Monday Jan 25th saw the biggest battle in it's history. The "Battle of B-R5" involved 2,200 players between two alliances of two factions each, and the loss of hundreds of ships on both sides, including about 90 Titans, an unprecedented number lost in a fight. 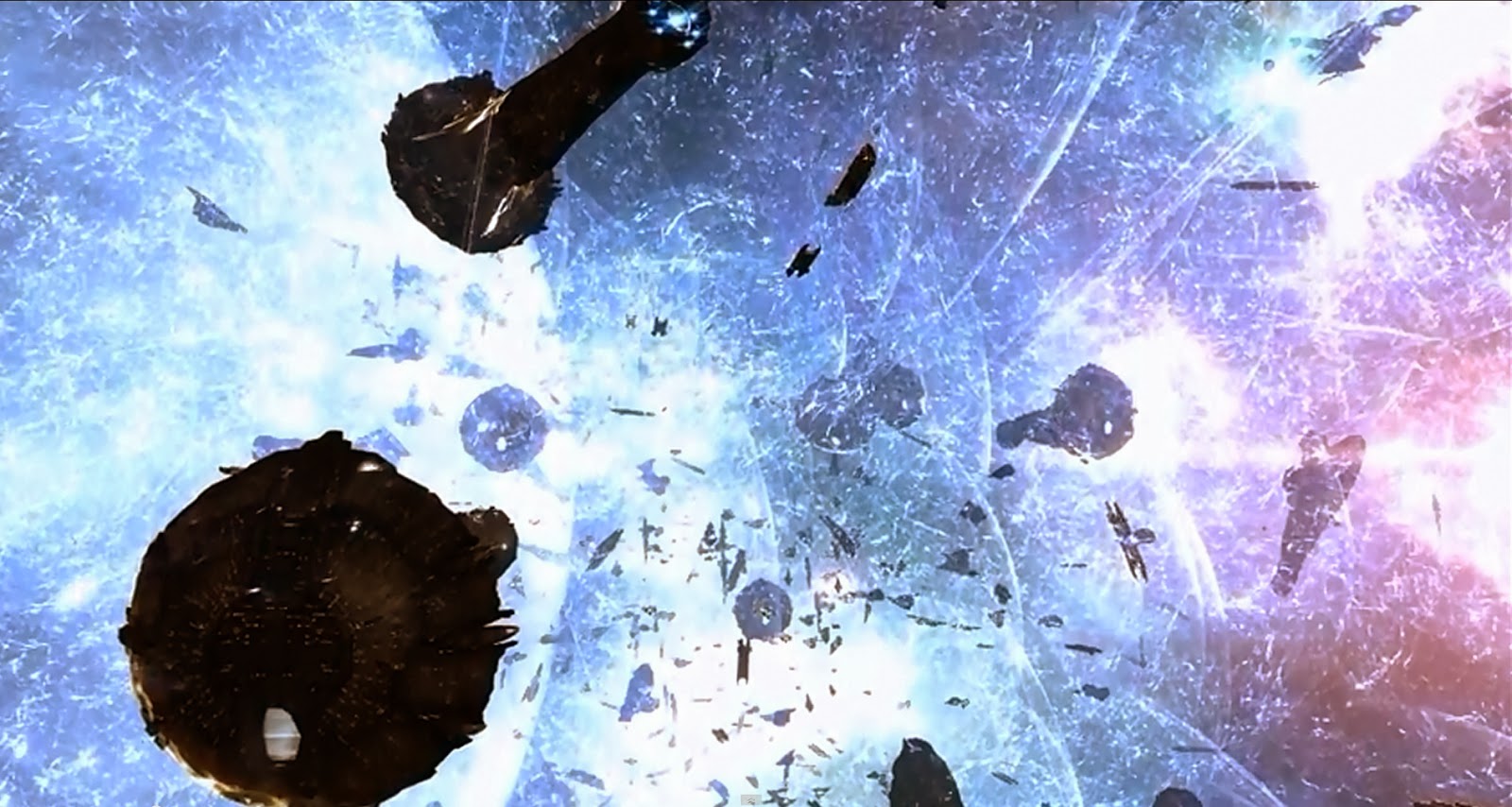 In Eve Online, the competitive nature of the game results in occasional warfare between factions of players. With diplomacy and dealmaking, sometimes the result is fights between alliances of factions. And the game allows major factions to build some pretty big ships if they have the resources and time.

In Eve, the biggest ship that can be built is the appropriately named "Titan." These ships are truly gargantuan in both size and cost. In the game, they are kilometers long and "capable of disrupting the tides of planets." How much does it take to build one? A total of 3400 hours, months to build, and about 7600 US dollars worth of game currency. If committed to battle, they're a force to be reckoned with as it's main weapon can blow away smaller vessels with a single shot. But it's not indestructible, and can be lost. Because of it's cost in time and resources, the loss of one is the loss of a strategic asset. It doesn't happen too often. In the past, a faction than managed to wipe one out and put it up on Youtube could enjoy some bragging rights for a while. More recently, there were some fights that saw the loss of a few. In February 2011, 12 Titans were lost in the Battle of Uemon. 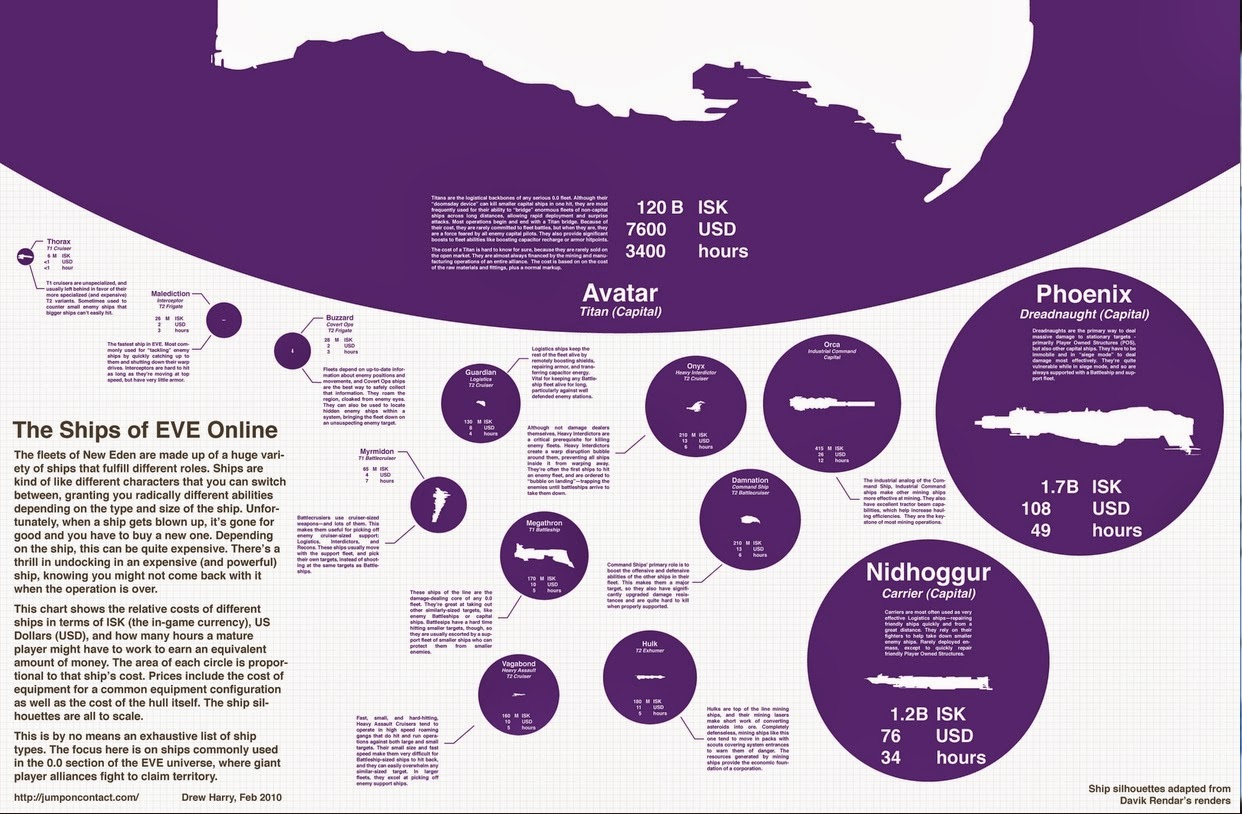 What caused this battle? A space station controlled by one alliance of two factions ended up for grabs after they lost ownership of it. Not because of enemy action, but because the rent wasn't paid on time, possibly because of espionage. The station was the alliance's headquarters in their war against another alliance, and the opposition jumped at the opportunity to try and take it. Success would mean their enemy would be prevented "from accessing a great deal of their strategic assets and war material." Faced with losing the base, and with it probably the war, the defenders made the decision to risk their Titan ships. The attackers brought in theirs, the result being a unique battle in Eve's history, "for over 100 of them to just leap into a toe-toe slugging match where their chances of survival are quite low is... unheard of. These two powerblocs are really taking an insane risk here."

Compared to a game like "World of Warcraft" in which a player getting clobbered results in the armor needing repairs worth roughly a fraction of an hour's worth of game cash, the losses in BR-5 were truly staggering. Iris Ophelia put it, "To understand the true scope of what happened in Eve last night, imagine instead loosing that same round ... And then loosing your car ... And that unfinished manuscript you've been putting all your free time into for months. ... 90 times." 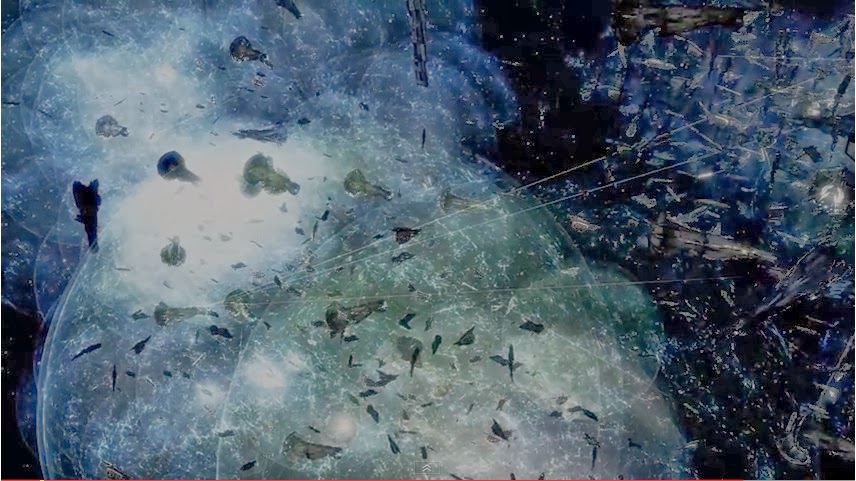 One player posted in Facebook chat, "I lost a dreadnaught, but I'd been planning on loosing it gloriously for a while. ... Sadly, the node was totally borked. I never even got to fire a shot, since my grid never loaded for my client, but everyone who was already on field and had grid loaded nuked me in spades." Of his corp, FinFleet, "We got prison sodomized."

The battle went on for a while, until reinforcements for the attackers gave them the edge. The defenders then gave the order to withdraw to try to preserve what they could. The attackers continued to press their advantage scoring more kills and adding to the losses. "Both sides had lost an incredible number of dreadnaughts, and the price of Tritanium has been creeping upwards, anticipating the flurry of industrial production to come. While the final kill numbers aren't in yet, this fight has already blown past every single record for damage done in Eve."

And blown past every single record in damage done to dollars invested in virtual goods.