First thing I would like to do is to thank Kit, one of my friends and readers, for buying this game for me to review. That being said, let me tell you about it. 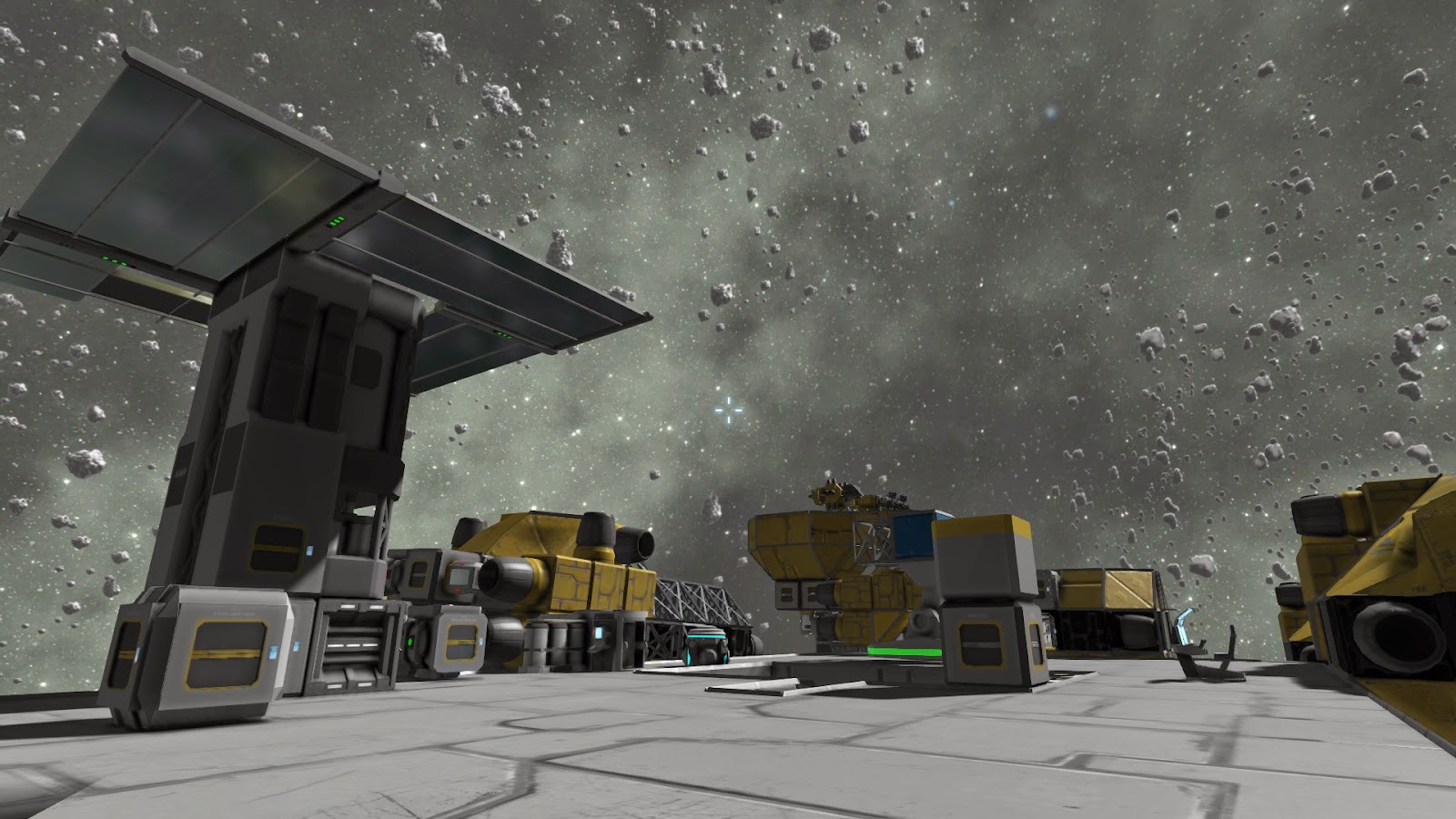 Space Engineers, or SE as we have come to call, it is a very addictive game. I was on it for several hours into the night on my first try. I was pleased to find out it is a multiplayer game so Kit played into the night with me while I was streaming it on my Twitch account (www.twitch.tv/nydia_tungsten) and getting comments from some of my regular viewers.

Now, once you see this game, it is one of those you have to try it so, the next thing I knew, I was joined by quite a few of my angels. We have been rebuilding the starter base and built another one right next to it to grind up all the little yellow starter ships. These ship are the ones everyone was spawning in every time they joined the game until we found out that if we built “med bays,” we would spawn there and not litter the area with “Cheddars,” a nickname my mousie started calling them because of their color, and it stuck with the group. The second base we built was to help with disposing of them. A HUGE grinder was built to grind up a ship whole, breaking them down into their components. We would drag the “cheddar” over to the grinder to “cut the cheese” ( rim shot here ). We even put one of the largest ships to spawn in the game through the grinder.

Those are the two grinding shots I have for now. 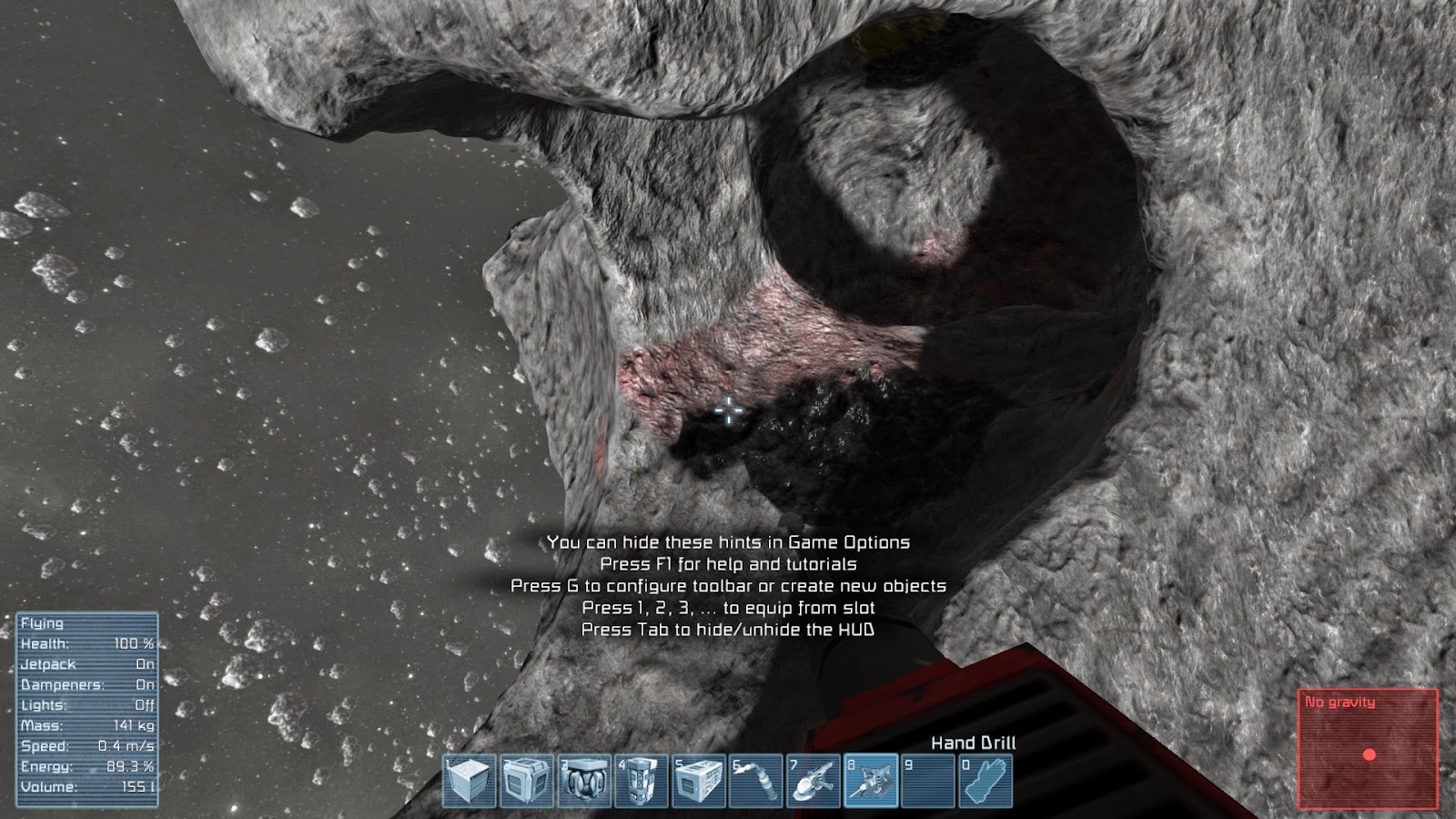 Grinding and mining are just two of the ways you get your resources. You can also capture random ships just by going and getting them. Well, you could until this last update where now they shoot at you, so if you want what they have … you have to fight them for it, which brings in a whole new element. Now you have to build fighters with missiles and machine guns to even hope to have a chance, which gives it a bit more of a challenge. We are playing in “safe,” which means no random asteroid to come crashing through your base but now we have to fight harder to survive.

The biggest con about this game isn’t the fact that your “server” is only up when you’re playing. This means a shared world is only shared IF you are on and in the game to share it and not wanting to let your crew down by not having it available to them. The worst is the fact that it has a MAJOR memory leak. After 2 hours of playing, everyone that is on has to empty their inventory so they don’t lose anything and then the host has to totally exit the game to let the cache clear. I have 16 gigs of ram, a 1 gig video card and a 8 core 3.7 CPU so you wouldn’t think I would have any problems, but you would be wrong. This game takes my ram all the way up to the max and if I don’t restart it soon after, it will either crash the game or my system. It sometimes kills my video drivers so I have nothing on my screen, it is like I powered my system down except it is still running, I just have no video. 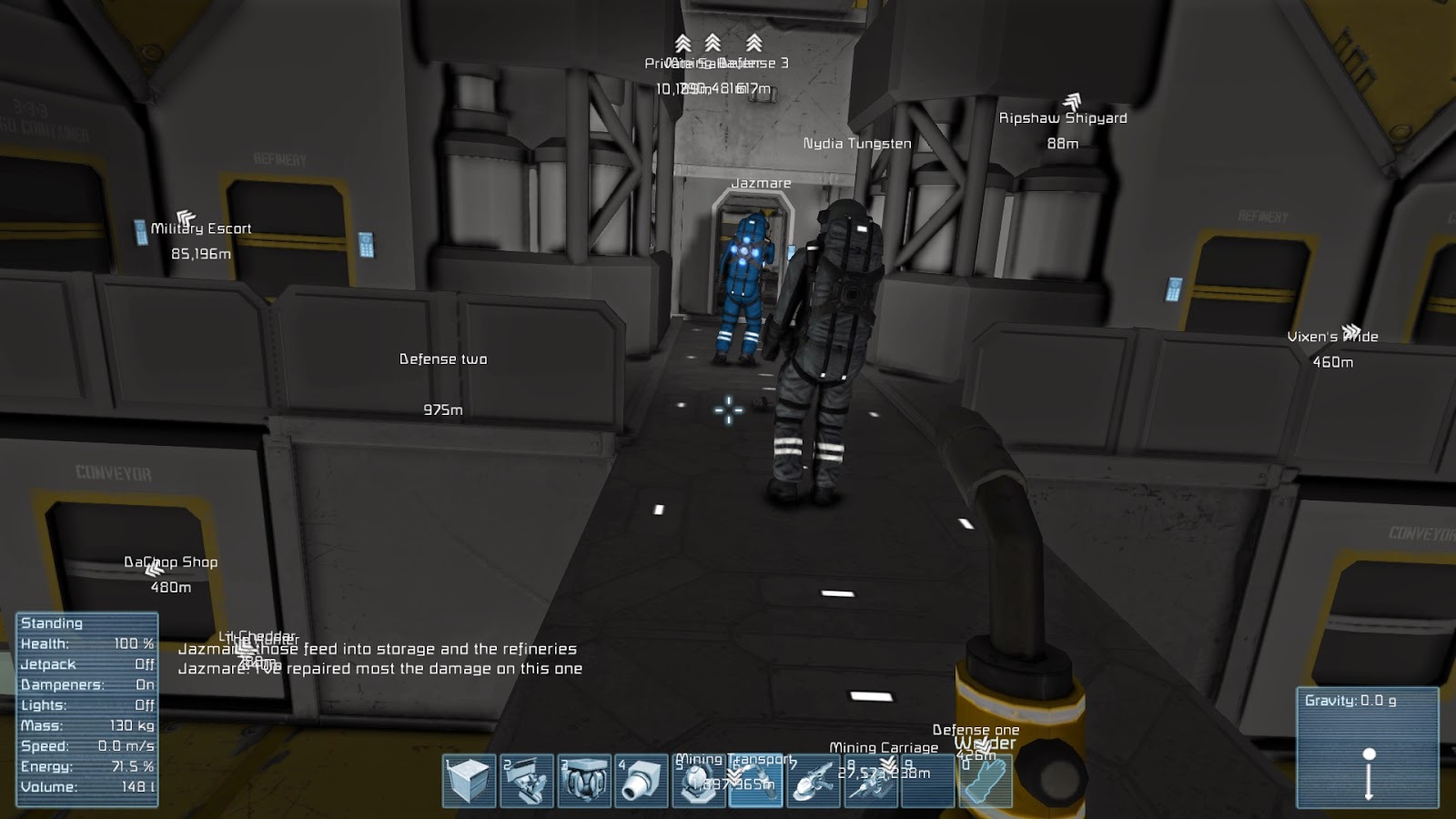 The only reason we put up with it is because it is a fun game and it IS so addicting (Yeah we’re hooked) The game is still in Beta and still costs $20 USD. On Steam, which if you look at it compared to the games that are $50 to $60, this one is a bargain, if you can overlook the occasional crash and memory leakage.

Now here is the BIG question, would I recommend it?

YES! I have even helped a few to get it.

Like I said at the beginning of this, I THANK Kit for introducing me to it and buying it for me. So I have to give it a thumbs up and a recommendation and bare with it as they fix the bugs.

So until next time Good hunting and good gaming to you and if YOU would like to see a game reviewed let me know and it will be GAME ON!

Editor's Note: For players whom aren't sure what to do other than help out their friends, and need a little encouragement to figure things out, I would recommend the "Crashed Red Ship" scenario, in which the player has to fix up a large busted ship. Since you don't start out with a refinery, assembler, or cargo hold, you'll need to make those. To make the first two, you'll need to use parts of your ship to make them (without the benefit of "cheddars"). Keep an eye on your energy level, and don't be afraid to fly to another asteroid if you can't find a ore at the one nearby. Before you build the assembler, make sure you have both gold and silicon on hand (you'll figure out why when you get there). Once you have those and a cargo hold, you can began rebuilding what you took apart (one thing you'll have to rebuild immediately before making the hold), and otherwise modify the ship to your hearts content, such as a mother ship for smaller vessels, or rebuild it into a space station.

It took me a while to figure many things out, but it is a great game, especially when playing with friends.
Posted by Bixyl Shuftan at 6:00 AM